Strong winds were the order of the day at Bedford on day one of the England Athletics U15 & U17 Championships.

A number of championship performances were broken both on the track and in the field, with field events particularly benefitting from the conditions.

The U17 women kicked off the championships with the discus where Sophie Mace emerged victorious after a great ding-dong battle with Dionne Milne. Both girls finished above current UK leader and English Schools’ champion Sophie Merritt.

Early morning action on the track saw tough heats in the U17M 400m hurdles and U17W 300m hurdles followed by an exciting set of U15G 100m heats. There were no shocks in either the sprints or the hurdles as the top seeded athletes qualified fastest through to the semis.

Next it was the turn of the fastest young athletes in the country as the U17M started the first rounds of the 100m. Particularly impressive were Rechmial Miller and Owin Sinclair as all but one heat was won in a time under 11 seconds.

Over in the field, there were wins for Eavion Richardson in the U17W long jump, who added an extra six centimetres to her personal best with a leading mark of 5.91m, while over in the U17M high jump competition, Scottish Schools’ winner Lewis McGuire went one better eclipsing his previous lifetime best by seven centimetres to win with a huge jump of 2.02 metres.

The best performance of the day in the field followed next though, as George Armstrong smashed the championship record by almost a meter in the U17M discus to increase his lead at the top of the Power of Ten rankings. Armstrong was joined by Rebecca Walton in the record books as she added almost 60 centimetres to the U15G javelin previous best since the event switched to 500g weight javelins. And in the U7L shot put, the top three of Divine Olapido, Toni Buckingham and Emily Ball, all threw over 14m, which was further than Adele Nicholl’s existing championship best of 13.98m.

Back on the track, classy displays from Daniel Rawden, Owen Richardson and Matthew Pagan saw them register heat wins in the U17 800m and 400m heats respectively. And in the U15B 300m, English Schools’ runner up Chenna Okoh broke the only championship best performance of the day on the track to record victory by a huge margin in his heat.

In the race over the same distance, Ella Barrett was the standout performer in the U17W and looks odds-on to retain her title from last year.

The semi-finals of the 100m sprints saw the heat winners continue to dominate and by the time of the finals, which closed things on day one, titles had been claimed by Charmont Webster-Tape and Imani Lanciquot in the U15G and U17W respectively, and Kaie Chambers-Brown in the U15M. In the keenly-anticipated U17M final, it was Miller who flew to unexpected victory over Sinclair, with the winner punching the air in delight as the track slowed down in the cooling temperatures.

Josh Kerr was also crowned English Champion in the U17M 1500m as he held off the fast-finishing Markhim Lonsdale, and Matthew Willis strode to victory in the U15B 3000m with a superbly judged run for home after a great tactical race saw the lead change hands several times.

There were also several keenly-fought ambulant class races and field events which were appreciated by the crowd in the stadium.

Elsewhere, Kevin Metzger added the U17M English Champion title to his English Schools and SIAB titles with a hop, step and jump of 14.66m to increase his dominance of his event further and improve his own personal best.

Due to the wind, not many of day one’s sprints recorded legal times which didn’t detract from the action. Day two’s forecast looks more benign with a gentle breeze and hot temperatures promised.

The action looks like being just as hot too. 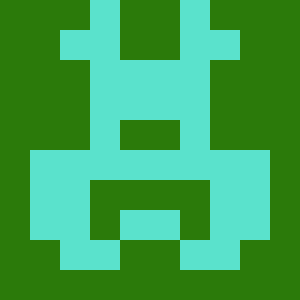