Sprint king Usain Bolt has targeted more Olympic success in Rio before he decides whether to push on to the London 2017 IAAF World Championships.

The Jamaican has won three gold medals at each of the last two Olympic Games and will increase his tally to nine if he retains his titles in the 100m, 200m and 4x100m relay next summer.

Speaking to BBC Sport, Bolt outlined his plans for next year: “I have two more goals that I want to achieve before I retire and that’s to defend my Olympic titles three times and I would like to run a sub-19 (200m) also.

“Those are the things that are really driving me on.”

Should Bolt complete this third treble in Rio, he will draw level with athletics greats, Carl Lewis and Paavo Nurmi, for the most track and field gold medals.

Lewis won four of his golds in the long jump, meaning Bolt already has the most Olympic sprint victories of all time. In 1983, the American became the first man to go under 10 seconds at low altitude following the introduction of electronic timing.

In contrast, Nurmi achieved a total of 12 medals over seven different endurance events ranging from the 1500m to the gruelling 10,000m.

The Finnish athlete’s medal haul is the third best in history behind swimmer Michael Phelps (22) and gymnast Larisa Latynina (18).

Even though Bolt is unable to match Lewis and Nurmi in terms of Olympic decoration, he does hold the world record for each of his events. He is also the only man to run the 100m in less than 9.60 seconds following his world record of 9.58 at the Berlin 2009 IAAF World Championships.

Despite all of his achievements, Bolt insists it will take a repeat of the previous two Olympics before he is fully accepting of his legendary status within the sport.

“I want to be amongst the greats in the world and if I want to do that then I have to keep doing great things and pushing the barriers.”

The 29-year-old confirmed he will return to training on Monday, but admits that he and his coach, Glen Mills, have discussed retirement.

“Me and my coach have been discussing when to retire. He said after the Olympics we should say ‘no’ or ‘yes’.”

It is unlikely that Bolt will continue through to Tokyo 2020, but one final bow in London remains a possibility, providing he performs to his capabilities in Rio. 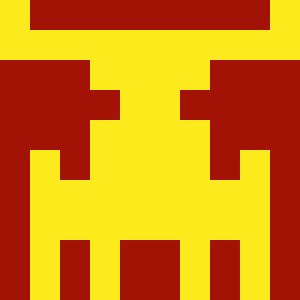