Top athletic moments of the 2012 season

The long athletic season is finally over, and as the stars of 2012 begin to look on to 2013, it is the perfect time to assess the season in detail.

2012 has been a great year for sports in general but athletics in particular has had some great moments that will be remembered for years to come.

There were some great moments leading up to the Olympics such as the diamond league in Doha where Justin Gatlin announced he was back, the Shanghai Dunlop Golden Grand Prix where China’s Liu Xiang clocked a superb 12.97- his fastest for five seasons and Britain’s Phillips Idowu in his first meeting of the year, on the night defeated both world outdoor and indoor champions, Christian Taylor and Will Claye.

The Olympics is undoubtedly the greatest sporting event in the world and all events that took place before it was in preparation for the biggest stage which is why I believe the top 10 athletic moments of 2012 happened at London 2012.

Having already won a collection of world titles, and an Olympic gold medal in the relay, the American was going for the 200-meter Olympic gold that had so far eluded her.

The event also had one of the best rivalries in track and field, Felix against Jamaican Veronica Campbell-Brown. Campbell-Brown had bettered Felix at the last two Olympics so would it be third time lucky for Felix?

Felix’s build-up to the Olympics had been her most promising one yet and her best chance to win gold considering none of her Jamaican rivals had run sub 22 seconds.

Come the race, Felix reigned supreme; she brushed past long-time rival, Veronica Campbell-Brown and left other Jamaican threat Shelly-Ann Fraser-Pryce in her wake to finally nab the much-deserved gold medal.

Eaton went from one event, the 1500-meters to become the best in ten different athletic contests. He is the new world record holder in the ten-event decathlon and the best all round athlete in the word. The scary part is, Eaton is only 24 years of age and there is the possibility that he will get better in the coming years.

Plagued by injuries since his Olympic gold on home soil in 2008, China’s Liu Xang reminded us all that the Olympics isn’t just about winning. It is also about determination and the ability to rise above whatever stands in your way.

One of the favourites in the final of the men’s 110m hurdles, Xang failed to qualify for a podium finish due to a fall at the first hurdle. He however finished the race despite sustaining an injury and had to leave the stadium in a wheelchair. His courage and determination is an inspiration to us all.

The best thing about this record was that nobody saw it coming.

The quartet of Tianna Madison, Allyson Felix, Bianca Knight and Carmelita Jeter not only beat event favourites Jamaica, they erased a 27-year-old record set by the East Germans in spectacular fashion. They knocked more than half a second off the second oldest world record set in 1985. This is a moment in track and field history we won’t be forgetting any time soon.

He may be a controversial figure but South African, Oscar Pistorius gets a place in this countdown for making history. He became the first amputee to compete in the Olympics.

He also went on to win two golds and a silver medal in the Paralympics.

They were the favourites and they didn’t disappoint.  The quartet of Nesta Carter,  Michael Frater, Yohan Blake and Usain Bolt  won the gold medal in 36.84 seconds setting a new world record. The win also gave Usain Bolt, his sixth Olympic gold medal

As the poster girl of London 2012, there is no doubt Great Britain ‘s Jessica Ennis had a weight of expectation on her. But the Heptathlete proved her toughness and became the best female athlete in the world by delivering gold to the delight of the home crowd on a magical evening that will reign in the minds of many for years to come.

He won gold in two individual events, ended Great Britain’s long drought for gold in long distance running and he gave us the ‘mobot’, need I say more? Mo Farah’s moment of glory in both the 5,000 and 10,000-meters was one of the top athletic moments in 2012 and in Olympic history.

Mo, like Jessica Ennis carried the hopes of a nation and he delivered in fantastic style.

The race was dubbed the greatest 800-meter ever run and he was cheered home by athletics fans everywhere regardless of their allegiance.

David Rudisha’s magnificent achievement wasn’t just a top athletic moment in 2012, it was also a top moment in Olympic history. Considering the 800-meter world record hasn ‘t been broken in an Olympics since 1976 and he pulled all eight finalists to finish under 1:44, he truly deserves his place on this list. He carried the field meaning all the times set by the finalists would have won gold in Beijing.

For his brilliance, his speed and showmanship, the top athletic moment in 2012 goes to the one and only Usain Bolt.

There is a saying that lightening never strikes twice, boy were they wrong. There is huge expectation whenever Bolt steps on the track and he always delivers but for the first time, there were questions being asked.

He was after all beaten by fellow Jamaican and training partner, Yohan Blake in the lead up to the Olympics and there were talk of him not being a hundred percent.

Despite the speculation, it was business as usual for Bolt, he was playful during training and nonchalant in his interviews – it appeared he knew something we didn’t but we soon found out when he stepped into the Olympic stadium.

He answered his critics by beating rival Yohan Blake emphatically, not to mention he destroyed the rest of the field. By completing the double-treble – (100, 200 and 4×100-meter relay), Usain Bolt has cemented his place as a legend in the sport and in Olympic history.

So there you have it, the top ten athletic moments in 2012. There were tears of joy, there were disappointments and there were sheer determination and superhuman efforts by some. The Olympics may come around once every four years, but the new athletic season is just round the corner and will no doubt provide us with more amazing moments. 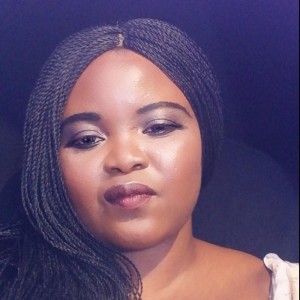