It’s been said many times this year that track and field has outdone itself in terms of shocks and surprises. Here are just a few of those which turned heads.

At a meet where middle distance running has a long and prestigious history, it was somewhat fitting, albeit surprising, that Britain’s Jake Wightman took victory over a genuine world class field. Lying in eighth place behind the likes Manangoi, Lewandowski, Iguider, Ingebrigtsen and others with one lap to go, few would have predicted what was to follow. He moved through the field down the back straight to reach the back of a five man lead group. Then, with a little less than 200m to go, Wightman began his kick for home passing those ahead of him including the soon-to-be World Champion Manangoi. He held on to take a famous victory in a personal best time of 3:04.17s.

One of the most dramatic finishes in a championship of surprises came in a rain-soaked women’s 400m final. All eyes were on the expected battle between Olympic champion Shaunae Miller-Uibo and defending world champion and sprinting legend Allyson Felix. Also in the mix was the emerging athlete from Bahrain Salwa Eid Naser, who had improved her PB all the way down to 50.08s in the semi-finals. But no one foresaw the events that would occur as Miller-Uibo, who looked well on her way to victory, suddenly stumbled and Felix and Eid Naser passed. Yet ahead of both of them was the USA’s Phyllis Francis, who took the world title in a PB time of 49.92s, only her third sub 50 second run.

A couple of years ago, Karsten Warholm was a very promising young decathlete, who was also a particularly good quarter-miler. In the 2015 European Junior Championships he won silver in both the decathlon as well as the 400m. In fact he ran a qualifying round on the same day he lined up in the 400 in the decathlon! He was a pretty handy one-lap hurdler too it turns out, finishing sixth at the 2016 European Championships. This year he completed the very unusual European under-23 and World Championship double, having not even made the Olympic final the year before. Warholm’s reaction to victory will live long in the memory for many watching at home.

In a tournament dominated by the USA, perhaps the nation’s most unexpected success came in the women’s 3000m steeplechase. Like most distance events, this has been dominated by African teams, although Emma Coburn had previously made huge strides in winning bronze at the 2016 Olympics. In another eventful final, which included Kenyan Beatrice Chepkoech missing the water jump in the early laps, Coburn cleared the final one the best and took an unexpected victory in an event where America had never previously won a medal of any colour. It was both a US and a championship record. Perhaps even more shocking was the fact that behind Coburn was her teammate Courtney Frerichs, who few had thought would be in the mix for medals, but won silver in a huge personal best time.

Britain’s struggle to get the relay baton round in major events has been a running joke. In fairness, this is mainly down to the men, as the women have consistently picked up medals since the 2013 World Championships. But in London this year it all came together in a glorious 37.47s. The USA and Jamaican teams were strong, but not as strong as they had been previously. The opportunity for glory was realistic and CJ Ujah, Adam Gemili, Danny Talbot and Nethaneel Mitchell-Blake took that opportunity flawlessly. They led from start to finish to beat the fast finishing Christian Coleman to the line as Usain Bolt pulled up in his very last race. Britain’s first ever World Championship 4x100m relay gold medal produced one of the loudest reactions of the whole event. It was also the fastest time run by a team other than America or Jamaica quartet. 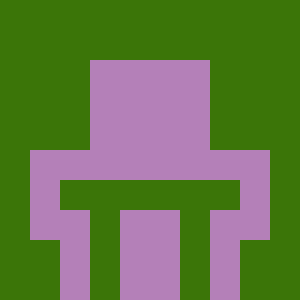