Jimmy Thoronka had travelled to Glasgow to compete in the 2014 Commonwealth Games but as the sprinter prepared for competition, tragedy struck and he received news that his uncle had passed away.

Thoronka, who was Sierra Leone’s number one 100m sprinter, hoped to win gold but sadly was part of the team that finished 6th in their Men’s 4x100m relay heats. Before the competition, he had a personal best of 10.58 for the 100m.

After the games, little was heard of the 20-year-old. That was until the Guardian made contact with the athlete. Thoronka explained that since the Commonwealth Games, he had become homeless in Hampstead. Relying on the generosity of strangers to survive and using local parks to try and maintain his fitness.

Tragically, he explains, his parents went missing following the civil war. Though he had been adopted by Jelikatu Kargbo, a nurse for local police service, he discovered that she, along with her children, had died from Ebola.

In an interview with the Guardian, he told of his desperation since the games:

“I can’t go back to Sierra Leone because my whole family has been wiped out and I can’t make it alone. Nobody is doing athletics there now. Ebola has destroyed so much. But I can’t survive here either if I continue living like this. I don’t know what I am going to do,”

“I can’t believe that my mother and all my family – my sisters and brothers – have died from Ebola,”

“This is the second time I have lost my people.”

Since his interview, Thoronka was arrested but has since been released from custody and placed in Home Office accommodation. The public responded by setting up an appeal the website GoFundMe where over £28,000 has been donated to support the athlete.

Unfortunately, confusion over his situation in Sierra Leone has meant that the appeal has been suspended with some claiming his family are still alive. It is unclear whether this refers to his adoptive family or his family that went missing during the civil war. The GoFundMe appeal, released the following statement today:

“Conflicting reports are coming from Sierra Leone about Jimmy’s family. The Vice President of Sierra Leone’s National Olympic Committee has told Jimmy his adopted mother has died from Ebola and he has nobody left.

“The Secretary General of the same committee says Jimmy’s family is alive. This latter claim only surfaced today after Jimmy’s story and the crowd fund became international news. So far, the Secretary General has not produced any family members. Jimmy is confused because two different senior National Olympics Committee officials are telling him different things about his family.

Just to be safe, donations are suspended and the funds remain in the GoFundMe account until we learn more.”

Thoronka will remain in Home Office accommodation while he seeks asylum. He told of his dream to return to the track and his excitement at the support he has received:

“When I heard people are coming out to help me, support me to continue my athletics career here … I felt excited,” he said. “If I start my training here, I would be one of the happiest persons in the world.” 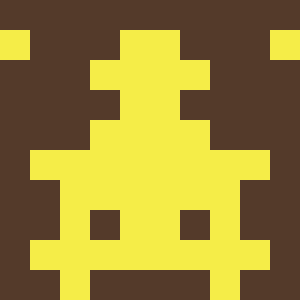