The Prevalence of Drugs in Sport

Drugs and Sport have transcended in a mix of natural evolution and bio mechanical engineering and dependent on your sport, there is considered to be a mass set of vices.

Sport has muddled its way along Darwin’s evolutionary path bringing a metamorphosis of new disciplines and cultures, defined by its participants, its viewers and its complex point of view of brand identity that promotes and builds the sports connectivity, constructing a network of capillaries, which becomes the life blood of the sport. Sport and all it embraces is subjective!

The new athlete is multi functional in his or her pursuit of identity within their chosen disciplines; increasingly the changeover from one type of sport to another is becoming more common. Shanaze Reade changed sport disciplines from a velodrome track cyclist to BMX racer; the basic body mechanics are the same, whilst the cultures are intrinsically diverse.

Drugs and cycling have been synonymous since the 1960s since Knut Jensen died from a drug stimulant, amphetamine overdose; stimulants today are the likes of the legal highs of Red Bull. This is in stark contrast of the drug culture within BMX and snowboarding where the drug scene is of a social one.

In many sports, drugs still debate the conundrum; is it immoral, is it worth the risk? The only ethical answer will come from the athletes and their stakeholders. Sport has met the devil in disguise for the first time; the Lance Armstrong affect, where team mates, managers, organisations and sponsors all knew the risk and they took it.

Athletics has derived through ancestral roots of natural bodily movement, but as we look to the future, is athletics a scientific equation of numbers and 3D processing in a world of changing culture?

Culture is subjective to the reasoning of your competitiveness; as a grass roots athlete, Olympic winning athlete or an athlete branded as an icon in globalisation. Drugs, injuries, financial failing and sickness are the new era of mass destruction imposed upon all careers in athletics, or are they? Drugs have replaced politics in the sporting arena. Culture is the breading ground for all fear, because winning and celebrity acceptance in the minds of our public and peers has become the illustrious honour. Drug doping within athletics can be a response to all those acumens.

So why do so many athletes take to drugs?

The scientific vigour of finely tuning an athlete’s body is at a monumental point in athletics. However in this world that we live in there are still times where natural evolution presents more of an opportunity than perhaps any drug can. This is where we still refer to Darwin’s Evolution.

“In scientific investigations, it is permitted to invent any hypothesis and, if it explains various large and independent classes of facts, it rises to the rank of a well grounded theory.” Charles Darwin

If you were competing against Usain Bolt, but you didn’t have his natural stride cycle function, would you take drugs to seek the advantage over him? Would you take the risk?

Risk is a complex matrix featuring a multiple of scenarios, within each drug there is an inherent danger to health and with the first drug chosen the risk of exclusion is an inevitable fate. Risk within itself is transferable and transparent, transferable meaning a loss of sponsorship and transparent due to the degree of offence and the highly political arena.

Whilst sport and its governing bodies strive forward to educate and absolve themselves from any type of drugs, social or performance enhancing, do they not start to promote identity politics rather than politics of recognition, in other words, will sport spiral out of control and suffer from dictatorship, separatism and intolerance, losing all connections with sports culture, maybe a better way is to control certain types of drug use. 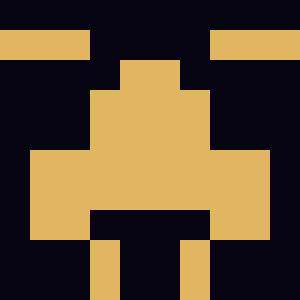