The Effects of Alcohol on Performance

The measures many athletes go to become the best in their field is quite often a long and painful process. Balancing this with a healthy social life can often be tricky and tiresome. For some, it may seem rational that a few lunchtime beverages followed by an evening’s training session has no adverse effects, yet it is alarming the reactions your body can have to such actions.

Consumption of alcohol puts the liver under undue stress and with the livers primary focus on metabolising the ethanol, glucose production is inhibited, reducing the amount of energy for training or competition. This has direct implications where activity is extended such as endurance events; however it can be fought through the ingestion of isotonic drinks which contain high glucose levels to help replace the lost fluids quicker. Despite these negative effects, training without glucose can be a benefit to some, as it helps burn more fat.

Alcohol is a diuretic, which causes the kidneys to produce more urine; this can have negative effects on performance as drinking too much can cause dehydration. The result causes a decrease in oxygen supply to the muscles which can produce cramping or muscle pulls. Drinking alcohol whilst battling a soft-tissue injury can have adverse effects by increasing recovery time. This is due to a greater blood flow to the muscle, causing additional swelling and bleeding. Alcohol also decreases pain sensitivity, which can put an athlete at a greater risk of injury or aggravate an existing one.

One of the biggest results of alcohol on performance is impairment on the Central Nervous System, which is detrimental to cognitive function and motor skills. This impairment directly affects actions such as reaction time which is a vital asset in power and speed activities. However, it also affects the ‘core skills’ essential for any sporting activity such as, coordination, accuracy and balance. These skills will be dysfunctional if your body has not had time to process all the alcohol in your system. Melvin H. Williams, sports researcher and author, found that complex motor skills such as running or jumping can be affected by very low blood alcohol concentrations, highlighting the powerful affect alcohol has.

Testosterone is a naturally occurring hormone taken by athletes as an anabolic steroid to improve performance through growth of muscle mass and strength. When alcohol is ingested into the body, oestrogen production is increased thus reducing your body’s testosterone, which can have detrimental effects on training or competition. Beer is one of the most potent testosterone reducers, so if you fancy a drink the night before training, head for the red wine which has lesser effects.

The physcological effects of alcohol are quite substantial, with some being potentially advantageous to athletes. A well-known fact with alcohol is its ability to disinhibit users so that they have an increase in self-confidence. When this is coupled with a possible reduction in anxiety and hand tremors, alcohol could be deemed beneficial to athletes who need an extra boost or to steady their nerves; however the physiological disadvantages outweigh these factors.

Studies at the Tasmanian State Institute of Technology show that despite being harmful in all events, alcohol effects differentiate between running distances. During timed performances of five sprinters, it was deemed that no level of alcohol effected 100m sprint times. There was only a 5% increase which is not considered “statistically significant”; there was also no effective increase on reaction times. In 800m and 1500m timed performances, participants in the study were affected to a greater extent in the longer of the two distances. Reasons for this are perhaps due to the bigger build-up of lactic acid, lack of coordination, decreased lung ventilation and carbon dioxide discharge.

So, what does this all mean? Should I not drink? How much is too much? Will I run faster or jump further if I never drink again? Well, like most things in life, everything needs to be balanced. The facts show that alcohol can be a real nemesis on one’s performance; however the occasional quiet drink won’t be too damaging. For the student-athletes, Wednesday night socials can be just as fun without alcohol. From a sporting perspective, it is wise to plan your alcohol drinking in relation to your training or competition, with a rest day the next morning being ideal. 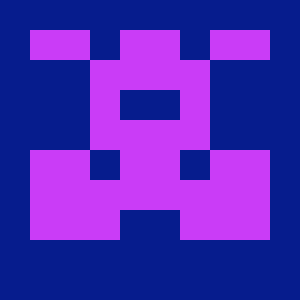