In the months following the Lance Armstrong and USPS case that has rocked cycling, the public appetite for fresh, controversial stories regarding doping in any sport will be heightened. So expect journalists to go digging and come up with the goods.

While opinion is still split on Armstrong the revelations are undoubtedly good for transparency across sport as a whole. However retrospective punishment shouldn’t be the first line of defence in the war on drugs.

Under the old regime anti-doping authorities could only impose sanctions through direct methods of detection. Essentially if a prohibited substance or its metabolites were detected in the blood or urine an athlete could be banned.

However if an athlete was caught with a suspiciously high red blood cell count (RBC) without any confirmed evidence of illegal activity for instance, to put a ban in place was extremely difficult.

Drugs and their metabolites do not linger long in the body and can vanish without trace which in part is why they are so difficult to detect. Furthermore the use of “designer drugs” that are tailored to the individuals genetic make-up also pose problems to the authorities as they are indistinguishable from naturally-occurring substances.

So while potential improvements to performance through the use of ergogenic aids have been noticeable it has been difficult to punish individuals. This grey area has led to several athletes exploiting the legal loophole and arguing that they have a “genetic advantage” over their competitors.

Another widespread doping problem is the use of doping methods during training but not during competition. Training using drugs allows athletes to train harder for longer and see bigger gains, but in the event of a randomised in-competition test their blood and urine samples would be “clean”. Athletes have always sought to avoid out-of-competition testing for this exact reason.

In 1996 some sports federations began discouraging the use of recombinant erythropoietin (rEPO), a blood-boosting drug that increases endurance.

In much the same way that biomarkers of disease indicate the presence of an illness, high haemoglobin and haematocrit levels can suggest the use of performance-enhancing substances.

Each federation had different protocols and different upper-limits but none were sufficient to meet forensic standards required for reliable anti-doping analysis. The sporting world was crying out for universal guidelines.

By using data derived from many clinical trials and validated by several scientific publications, scientists were able to piece together a framework of biological parameters specific to different populations.

Whether you are black or white, big or small, young or old, anti-doping agencies can now say with a high degree of certainty whether you’re using performance enhancing drugs.

It proposes that “regular and frequent monitoring of Doping Control data facilitates indirect detection of doping substances and methods on a longitudinal basis”. Essentially, scientists are not looking for specific substances but rather their effects on the body.

Doping Control data alludes to a number of procedures. Blood and urine samples are taken searching for evidence of enhanced haematology and an elevated steroid profile respectively. The subsequent analysis of test results over a period of time develops a schematic much like the one below.

The red line demonstrates how a particular biological parameter has been tracked over the course of a season. At no point does the red line exceed the upper or lower limit set by the anti-doping authorities. However…

While the values surveyed do not exceed what is expected for the given population there is sufficient variation to investigate this athlete further. Once the individual limits are considered, it is plain to see that there are no less than four abnormal test results.

The high points can be attributed to the presence of illegal activity; perhaps an increase in the number of RBC’s. The low points represent the body’s reaction to the increased number of red blood cells, supressing their production, lowering the number below what is expected for the individual.

These “individual limits” mark a huge step forward. It removes the possibility for athletes to dope using unknown or unprohibited substances and / or methods and claim to have a “genetic advantage”. It also allows those who may have favourable genetic characteristics to compete without arousing suspicion.

The Athlete Biological Passport effectively ends the pharmaceutical arms race that has plagued sport for decades. Whether it be for intelligence gathering, sanctioning, health protection or even deterrence, it seems WADA has developed the most comprehensive anti-doping tool to date.

The question is how long it will take individual sports to join the revolution. 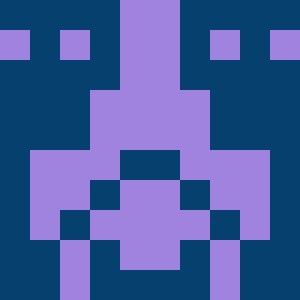