Shalane Flanagan is the first American woman to win the New York Marathon in 40 years. Earlier in November, she took the lead just before the 23 mile mark and pulled away from the rest of the field to finish in a time of 2:26:53.

Her win is particularly impressive given that she beat defending champion and three-time race-winning Kenyan Mary Keitany, who holds the women’s marathon world record.

The Americans have waited a long time for a home-bred female winner in New York. But Flanagan isn’t unfamiliar with long waits. It was the first time she’d run the marathon there since finishing second on her debut in 2010. It was also her first marathon after her sixth place finish in last year’s Rio Olympics.

The run came after a difficult year as a stress fracture left her sidelined since last winter. But in some ways this made victory even sweeter. It wasn’t an unplanned win, but a methodical process, a product of years of courage, determination and hard work. Proof of her commitment to her team, her trust in herself, and her patience with setbacks.

She summed it up after the race by telling Runner’s World “sometimes we don’t realise the moment when we feel like dreams are taken away that actually there’s some delayed gratification down the road. I think it was a blessing that I got injured this past winter and I came here full of energy and motivation and desire to put on the best performance of my life.”

In a race that has always celebrated women, from the six that sat down to protest the outdated rules separating the genders, to Katherine Switzer – the first female to compete as a numbered entrant in the Boston Marathon – running alongside Flanagan in New York aged 70.

Flanagan proved herself as not only an incredible runner, but an inspiring one too, showing hundreds of women across the world that if you work hard and get back up every time you’re knocked down, you can achieve anything. It is evident in the aftermath just how many people are moved and encouraged, yet utterly unsurprised by the commitment she’s shown. It all presents hope for the future of women’s distance running.

In the same strength that led her to the finish line in first place, her sincere reaction upon crossing the line summed up the meaning of this victory. As she broke down across the line, her head in her hands, it was clear just how much this meant to her and how much of a dream had been realised. That right there was a lifetime of sacrifice, disappointments and setbacks, all made worth it for this longed-for triumph.

From one of the most severe injuries of her life, to achieving a lifelong goal aged 36, she has proved that it’s never too late to get to where you want to be, and that a little trust and patience can go a long way. Shalane Flanagan is proof that your greatest moments can come from your greatest darkness. You’ve just got to get through it. 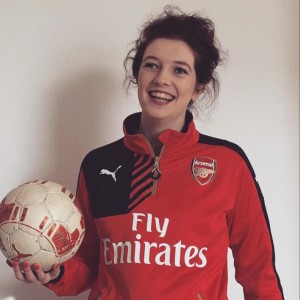