Sale Harrier Kadeena Cox, who was told by doctors in May of this year that she had had a stroke, has recently been re-diagnosed with Multiple Sclerosis (MS). Here the sprinter discusses her experience over the past season, her misdiagnosis and explains how she plans to raise awareness for MS sufferers in similar situations, and  continue competing at high-leve

In May of this year, Cox competed in the Loughborough International in the 100m and 200m. When she arrived, she felt her right leg going numb and couldn’t coordinate it properly.

She had also experienced slurred speech and was struggling to write in the days leading up to the competition. She put this down to stress from University, so decided to race anyway, but as a physiotherapy student who was currently studying stroke symptoms at University, she naturally became worried.

KC: By this point I was sure I was having a stroke but wanted a second opinion, so went to speak to a physio.

Initially, Cox approached the physiotherapists from the England team at the Loughborough International and asked if anyone was experienced in neurology. The physio who said she was assessed Cox (this assessment included neuro-specific tests) and concluded it was just a combination of tight hip flexors and a tight back, which was irritating a nerve. She claimed the speech disturbance was due to having local anaesthetic at the dentist earlier in the month.

KC: She said I was probably just putting symptoms together because it was what I was studying and I had nothing to worry about, so she just loosened me off before my race.

After driving back home to Manchester, Cox struggled to focus due to a headache, so booked a doctor’s appointment the next day. Her condition had deteriorated so she was rushed to A&E for tests, and was finally diagnosed with having a stroke.

Cox was in hospital for a few weeks, then released into a community care team. She recovered well and was back training until early September, when she had a minor car crash. Although she was not injured in the crash, she noticed tingling sensations in the soles of her feet. Cox visited a GP in Leeds, and this was explained to be post-stroke symptoms. A week later, Cox woke up with a burning sensation in her arm, and after googling this; she believed it to be another post-stroke symptom.

Amazingly, she battled through a gruelling 10x200m session that evening, but just a couple of days later she was rushed to hospital as the whole right side of her body was tingling, meaning even moving without pain was impossible.

Four days later, the Manchester Metropolitan University student was diagnosed with Multiple Sclerosis and was unable to walk or stand for long.

Shortly after being discharged, Cox moved back to Manchester, excited to start her second year of the physiotherapy course, but was told by University to fully recover before she returned. She is currently struggling to walk and use her hands without severe pain.

KC: We’re hopeful that I should make a full recovery but unfortunately I am being re-admitted for treatment and investigations this week. MS isn’t something that’s understood particularly well and it affects people differently, so we will see what happens.

Cox had additionally been involved in the Power to Podium: Skeleton programme this year, where she was told she was the fastest female from all the assessment days. The sprinter progressed to Stage Three, where she recorded some of the quickest times on the push track, but had to be dropped from the programme due to her health issues.

KC: I was dropped and was gutted to see girls that where pushing 0.5s slower than me where onto stage four, but turned my attention back to my first love: sprinting.

Cox explains she wants to start a video-blog in order to raise awareness and to help others.

Furthermore, after giving advice and support to a fellow athlete and MS sufferer, Cox has decided to start a charity, which will be aimed at young people diagnosed with MS and similar conditions. She hopes to be able to go into hospitals, deliver talks and arrange days out for young people in similar situations.

This year has massively affected her life in terms of sport and education. She explains she can empathise with patients after being stuck in hospital for so long, and has also learnt to be more vigilant as a physiotherapy student.

KC: In terms of my career in physiotherapy, I’ve learnt a lot after being in and out of hospital and having so much physiotherapy myself. The main thing is to go into everything with an open mind and not to rule things out without testing for them. After I was diagnosed with a stroke I was seen by many health professionals and not one questioned my diagnosis, even though things didn’t add up.

Cox hopes to recover quickly so she can return to university before her placement, and of course to training for athletics. 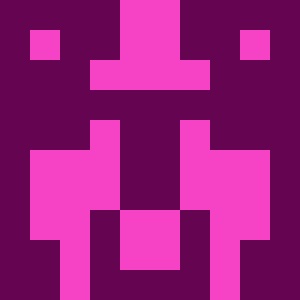