Tasmanian sprint phenomenon Jack ‘Flash’ Hale, aged 16, stormed home to victory at the All School Championships in Adelaide with an unbelievable time of 10.13 (+3.4 m/s).

A strong message about the rise the strength of Australian sprinting was sent to the rest of the world as Rohan Browning finished 2nd with a time of 10.18 and Trae Williams finished third, clocking 10.33.

Hale, who is the national under 18 record holder in Australia, claimed gold in the 100m race and lived up to expectations after a succesion of sucesful recent races.

“I am so pumped. I think my start was terrible, but I came home strong to win. It’s the first time ever I’ve had someone to chase down. To have that competition makes me really happy because it means my time came down to what it did,” Hale said.

“The winds were really strong, but the plan is to go somewhere like that with legal conditions. Rohan was next to me across the race. He has one of the greatest starts you’ll ever see in your life and with 20 metres to go he had me. I’m just impressed with how it played out. It was a great race.”

New South Welshman Rohan Browning kept the pressure on Hale with an impressive start to the race but could not maintain his head start.

Hale, who is affectionately named ‘Australia’s fastest kid’, broke his own record in October by running 100 metres in 10.42 seconds – beating his previous time of 10.44 in September. It is believed that Hale will not replace his previous record of 10.42 due to strong winds affecting the race.

“For a long time we’ve been waiting. We sit there and go ‘what’s happening with our sprinters?’ And obviously we’ve got the talent there, this is just really exciting for track and field,” she said.

Jack made it a double gold weekend by also adding the 200m Australian All Schools title to his 100m win. Despite only starting to train for the 200m recently, Hale comfortably sailed to victory.

“I knew I’d go well in the 200m here. I’ve been doing a few 150s in training recently. At first I was laying on the ground for 20 minutes exhausted at the end of them, now I can get through them and recover much better,” he said.

The sprinting sensation still considers himself a long jumper despite his sprinting success but he couldn’t compete in his favoured event this weekend due to an injured heel. 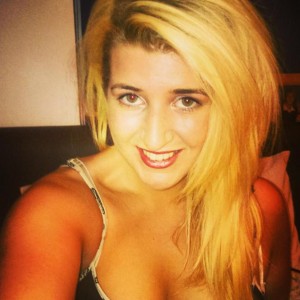