Ones to watch: Isabelle Boffey has wisdom and experience beyond her years

As she enters 2018 with July’s IAAF World Junior Championships in Finland on her mind, Isabelle Boffey is one of several athletes spearheading a potential golden generation of young British middle-distance talent.

17-year-old Boffey recently won her fourth national age group indoor title in a row. She is no stranger to international success either, having won 800m gold in the first edition of the European Youth Championships in Tbilisi, Georgia two years ago.

In the run up to her first international competition, without wanting to get carried away, she set herself the goal of making the final and was glad to exceed expectations. “It was an amazing experience, I don’t think I could’ve asked for a better experience for my first international because everything just seemed to go well.”

Her friend and teammate Anna Burt picked up the silver medal in Georgia, which emphasises the aforementioned strength in depth in terms of young middle-distance runners. Reflecting on racing with peers like Burt, Mhlanga and Katy-Ann McDonald, Isabelle notes that as her main rivals don’t get to run alongside each other that often, when they do all meet, it can be a nervy, tactical affair.

The Enfield and Haringey athlete concedes that her “endurance isn’t that great for the 800m”, but believes that her sprint gives her the edge in races. This may be the case, as Boffey clinched England under-20 indoor and outdoor titles last year, despite being ranked fourth in the event for her age group.

Following some convincing domestic displays, and with the European title from Georgia under her belt, Isabelle had hoped to add to her medal collection at the 2017 Commonwealth Youth Games in the Bahamas. Her frustration at finishing fourth there is evident. “The Bahamas was so annoying! I wasn’t race ready, I hadn’t prepared properly, I was a little under the weather.

She also cites the lack of time she had to develop her running in between the numerous summer competitions as a factor in missing out of a medal, as more time could have been dedicated to cooling down and resting. However, Boffey considers race preparation to be “about trial and error” to some extent, so she is confident of being able to learn from past experiences in future.

In-fact confidence is a quality that Isabelle Boffey has in abundance both on the track and in conversation. She is assured about her goal of running under 2:04 and qualifying for the World Juniors in 2018, and is sharp when it comes to talking race tactics. “I know that on the day I’m going to bring out a big performance. I’m confident in my ability to go out there and do well if I’ve prepared properly and do everything that I need to do. I’m not the type of person to get paranoid or worried.”

These could easily be mistaken for the words of a senior athlete in the prime of their career – but it is easy to see why Boffey is so comfortable with her running when you realise she has been doing it for nearly a decade already – first turning up at Lee Valley Athletics Centre to train as an 8-year-old.

Although she has tried her hand at other sports, even representing her county at hockey, she is showing no signs of diversion, even if she does miss hockey a bit “because it’s different to athletics, as it’s a team sport…so there’s a lot more people at training and there’s more of a loud atmosphere.”

Isabelle trains with a close-knit group under the tutelage of Doug Stone, a personal trainer by profession and a former wheelchair athlete, alongside one of her closest friends, Aoife Guyatt, who competes over slightly longer distances and a few of Aoife’s younger siblings and cousins when they are available.

They each tend to do different sessions, but the fact that they train at the same time is key, as one could argue familiarity has helped bring Boffey success. While many athletes tend to change coach regularly or as soon as something starts to go wrong, this season will be Boffey’s eighth season being coached by Doug Stone and Aoife has been with both of them since the beginning, a spell only interrupted by a short period a couple of years ago.

Boffey’s attachment to familiar surroundings is part of the reason why she rejected offers to attend university in the USA on a track scholarship, and her concern for taking that risk is understandable. “As much as the NCAA circuit is amazing, I just prefer to be at home…they make you train so much, and although them paying for everything through scholarships is a big incentive, you feel obliged to do everything they say, whereas here I’d have more freedom to do my own training schedule.”

Instead she hopes to study Biomedicine at the University of Birmingham from this September onwards, which certainly seems to be a wise decision given that it boasts the likes of Jonny Davies and Hannah England as former athletes.

Her dedication to achieving her goals on and off the track is admirable, and bouncing back from a ligament injury that sidelined her for two months in 2014 by improving her 800m personal best by seven seconds on her way to the English Schools title the following year is a great example of this.

“Today I haven’t been home since seven in the morning. I’ve been to school, I went to physio through TASS (Talented Athlete Scholarship Scheme)”, says an athlete who often does her homework at the track before a training session.”

She has been given membership of the British Athletics Futures Academy programme for 2018, something that came as a complete surprise to Isabelle, who hopes that support from the programme will help her reach the World Junior Championships this year. “I was so excited because I just didn’t expect it at all. It’s nice for them to recognise that they think I’ll do well in the future and it’s quite a big confidence booster out of the Commonwealth Youths.” 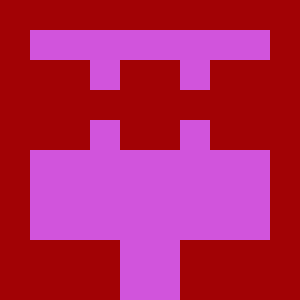