For Naomi Ogbeta, Britain’s exciting new triple jump talent, last summer can be captured in a single do-or-die moment. Standing at the end of the runway for her final attempt at the European Junior Championships in Grosseto, Italy, she was lying in fourth place. It wasn’t the first time she’d had to prepare herself for a pressure jump.

“It brought me back to 2014, because when I was trying to get the under-17 record, I’d got pushed into second place and I had one more jump to try and get this record,” Naomi reminisces.

“At the moment when the stadium commentator said ‘can she do it? can she jump further than she ever has before?’, it took me right back and suddenly it just felt really exciting. I thought ‘I’m not going to be scared, I’m just going to try my best’. It was sort of fateful how history repeated itself. It has to be my proudest moment because it could’ve gone two ways; either wow, she’s amazing or she gave up”.

It was precisely that change to a positive mentality that saw 19-year-old Ogbeta fly out to a new wind assisted PB of 13.68m and take home the bronze medal.

But before she had even arrived in Italy, Naomi had been stamped as a breakthrough athlete after claiming a surprise national title at the British Championships earlier in July. She admits: “Honestly I was really shocked. I was using that competition as preparation for European Juniors and I was hoping to maybe get a medal. Every time I’d done a senior competition I’d come around third or fifth, so I wasn’t expecting any big things”.

“When I pulled out that first jump of 13.64m, I couldn’t believe it,” Ogbeta chuckles. “I was so shocked that the rest of my jumps ended up not being as good because I was thinking I could actually win this”. Having stood on the top of a British senior podium once already, Naomi’s belief certainly appeared to be stronger at the British Indoor Championships, which she won by jumping one centimetre further.

Yet the path to her current success was far from easy for the young athlete based in Manchester. “I think sometimes when you have a really good season it’s easy for people to forget about the difficult times before,” says Ogbeta. “In 2014, I broke the under-17 record, then in 2015 I did ok, I qualified for World Youths, but I didn’t really achieve anything big in terms of international medals”.

“Then in 2016, I still hadn’t jumped over 13 metres and I think I was dismissed a bit. I didn’t qualify for World Juniors, I was close to 13m but I hadn’t quite got it. When I was working so hard to get that distance I started to not enjoy the triple jump because it felt like there was so much pressure on me to try and get past this mark”.

Even with two major successes for the teenager last year, surpassing the elusive 13 metre barrier at the England Athletics under-23 Championships proved just as important. “It was such a huge thing for me because I was finally over that milestone which I’d been aiming at for two whole years. European Junior bronze is probably the most special moment in my career for how I dealt with the situation, but the distance was crucial too.”

Naomi’s route into triple jump was an accident of sorts, having told her coach that she wanted to focus on 200m and 100m. Nevertheless, her father had different ideas. “My dad used to be a triple jumper at university and he was North of England champion as well. So when I moved to Trafford, I went to my now-coach Tom Cullen and he asked what events I wanted to do. I said sprints, but my dad said she wants to try triple jump as well. I thought ‘hmm, I don’t remember saying this’”.

Her fate as a jumper was soon sealed when she managed an 11.90m leap off the back of a couple of training sessions, which put her third on the under-17 rankings for the year. Her dad was of course delighted.

However, she touches briefly on the low numbers of junior athletes taking up the event. “I think it’s because of a lack of coaches who specialise in the event,” she reveals. “I’m really lucky that I have a coach who is close to me who does triple jump. Now I’m on (British Athletics) futures programme, I see Aston Moore who’s in Birmingham and he helps out mentoring my coach. But improvements are definitely needed in the number of specialist coaches. There’s an athlete in Scotland who has to travel 120 miles to get to her nearest triple jump coach.”

Despite her tender age, Ogbeta is relaxed and charismatic, laughing at how nervous she used to get before competition time. “I couldn’t sleep the night before and I’d panic quite a bit. I think I’ve always been seen as a quiet person at events, which I’m not. I’m really loud! But since then I’ve tried to change my mindset and be as confident as I am in other areas of my life. I do improvisation at university so I’ve tried to think what’s made me confident in that and how can I bring that to my athletics. It’s really helped me believe in myself a bit more”.

Alongside her extensive athletics commitments, Naomi Ogbeta is also a full-time student at the University of Manchester studying Politics and Quantitative Methods. During her A Levels, she was on the Salford Youth Council and hopes to continue working with young people and encouraging them to engage in politics.

For now though, the focus is on the season ahead, which has already seen Naomi break the under-23 indoor record with a jump of 13.52m in Bratislava a few weeks ago.

And there’s one important change she’s made to her run up for 2018. “I used to not clap because I was scared that no one would join in if I started clapping,” she admits. “In Bratislava it was the first time I ever started a clap on my first jump and that’s when I broke the under-23 indoor record so I might start clapping a bit more now!” 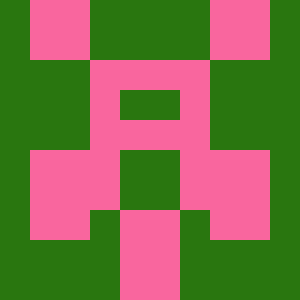