Nick Symmonds last week agreed to join Brooks Running after 7 years with Nike, in a move to help his chances of achieving his dream of gaining Olympic Gold in 2016.

In most sports, the issue of contracts and signing them can often keep running for months and months, but for 2013 World silver medalist Nick Symmonds it took only one day to sort out his future.

After tweeting on the 1st January “For the first time in 7 years I am without an apparel sponsor. Forced to workout in the nude till a deal is signed”

Symmonds was soon back training in apparel as he signed the deal with Brooks the next day.

The move may come as a surprise to many, but Symmonds, who has spoken out about the restrictiveness of kit sponsorship, said in hisRunners World blog, that the deal with Brooks would allow him to pursue other sponsorship along with having support with kit. Something Nike could never offer him.

The athlete also pointed to the support his new team could give him, through the good and the bad times, with Nike often placing reduction clauses in the contracts based on underperforming at events.

“The monetary compensation in both offers was very similar, but the terms of the deals were quite different.

Brooks offered a contract that guarantees me a base salary through the good times and the bad, providing me with a bit of job security. Nike, on the other hand, proposed reduction clauses that would reduce my salary if I failed to perform to certain standards.”

Many had initially been interested in the athlete according to his agent Chris Layne said about the deal: “Once Nick’s existing contract with Nike allowed, we of course talked with each of the shoe companies to get a gauge on interest. While there was interest from more than just Nike and Brooks up until the last minute, ultimately those were the two companies that actually came to the table with concrete offers.”

As for whether they had planned the move in 2013, Layne said they hadn’t: “In any contract situation there’s some degree of forecasting going on, but we didn’t go into the process expecting a move.  We simply tried to prepare for a number of scenarios well in advance.”

Symmonds, who joined Nike when he first turned pro in 2006, was forced to change training clubs as his former club, The Oregon Track Club are a Nike sponsored team.

He will now become the poster boy and inspirator for the recently established Brooks Beasts Track Club, Seattle.

On the subject of the American’s role in his new team, his agent Layne said he expected him to take a leadership role: “Nick really took pride in his development and leadership role with Nike’s Oregon Track Club Elite and I’m sure this will carry over to the Brooks Beast crew. He always talks about being a mentor to the next generation of middle distance runners and I know he takes this seriously.  I’ve always been impressed with the relationship he’s maintained with his competitive 800 meter community, so if the Brooks Beasts call on him to take this role, it will come easy.”

The change in teams will also mean that he will have to leave coach Mark Rowland who he described to Runners World as ‘one of the finest middle distance coaches in the world.’

He will now join up with coach Dave Mackay and his young group of upcoming athletes that includes 2010 word junior 800m silver medallist Casimir Loxsom who has a PB of 1.45.28.

Symmons who will link up with the Beasts on a part-time basis, is said to be training at altitude in Mexico, this winter, with the likes of Leo Manzano, as he prepares for the 2014 outdoor season where he is looking to beat Johnny Gray’s American record for the 800m of 1.42.60.

Symmonds, who has never been an athlete lacking in confidence has also outlined the World indoor championships as an event he is looking to win in 2014.

Whilst we will have to wait to see if this move improves Symmonds’ times and his chances of achieving his ultimate goal of winning Olympic gold at Rio 2016. It would appear that the American, who is already a leading figure in speaking out about the rights of sport, has taken a step that will see him become the central figure in another facet of running. 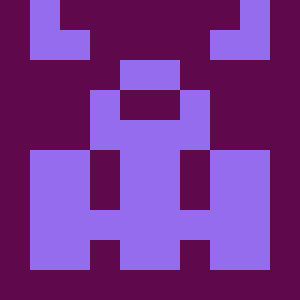