The wide smile on Claire Hallissey’s face as she crossed the line at the London Marathon was contrasted with a tired grimace from a forlorn Lee Merrien. Hallissey’s summer plans now involved a trip to London again, and Merrien was looking for a new challenge as he looked to have missed out. However, a reprieve for the Guernsey based Athlete, belatedly handed him an Olympic berth after a ferocious media campaign. More importantly, both will join the world’s best; to compete in the Olympic marathons in August 2012.

Claire Hallissey, the Watford athlete, knew as she stood at the start line that she had to be the first British athlete to finish, and beat the target set last year by Jo Pavey of 2:28.23. For the audience watching, it looked set to be a showdown between the inexperienced Hallissey, and the unknown quantity of Freya Murray, the young Scot competing in her first ever marathon.

A tense battle eschewed, as many Athletics fans had the delight of two sets of races within the elite women’s race. The ladies, headed by Mary Keitany and Edna Kiplagat at the front, phenomenal in their own right, were not expected to be threatened by the British girls. However, the battle was tense, as they looked determined to not hand the advantage to the other.

Eventually, Hallissey edged in front and with four miles to go, she had a clear distance between herself and Murray, and now, it was a race against the clock. As she entered the final 200m down the Mall, she knew she had achieved the time she had set out to achieve. She finished in a time of 2:27.44, which triumphantly gave her the A-Standard time.

Amongst the celebrations, there was disappointment for Jo Pavey, who lost her place in the marathon team as she failed to run in London. She had the qualifying time but knew if any other athlete beat it, she would not be running the 26.2 miles on August 5th. It was a gamble she was not willing to take and she will now concentrate on the 10,000m on the track, an event she came agonizingly close to medalling in during the 2007 Wrold Championships in Osaka. However, the selection for this event is not a certainty for Pavey; with the likes of Freya Murray, Gemma Steel or Charolotte Purdue, perhaps willing to throw their name into the hat, in the event which will present the first track medal to be won inside the Olympic Stadium.

Freya Murray ran her first marathon in London and did not finish far behind Hallissey, and nearly produced the shock of the day with a time of 2:28.10, which also beat Jo Pavey’s time. The slight figure of Murray may emerge as the new figurehead of British Women’s marathon running after 2012, when the dominant figure Paula Radcliffe, who millions will cheer on to achieve her well-deserved Olympic glory, will almost certainly retire. The contrast between the unfairly criticized Radcliffe who has been ravaged by injuries, and the energetic figure of Murray, who already has set he focus on qualifying for the 5000m or 10,000m at the Olympics; is evident. One has already left her legacy of the Women’s World Record; the other has a full career still ahead of her with various possibilities.

Nevertheless, if the London Marathon presented the emerging talent which may lie ahead, it also symbolized the culmination of a great career from Liz Yelling, a stalwart of long distance running in Great Britain. She finished outside the top 20, which was not good enough to qualify for her third Olympic marathon. However, the 2006 Commonwealth Games Bronze medalist can depart from marathon running with her head held high. The broad grin on her face as she finished the last 200m, brought the curtain down on her marathon career and symbolized the passing over of the baton to a new and worthy generation.

On the other hand, the disappointment etched on Lee Merrien’s face as the audience tuned in to agonisingly see the UK Athletics qualifying time slipping further away in the last few miles, brought a sour end to a fantastic London Marathon.

However, a lot can happen in a week in sport, and five days after being told his Olympic dream was over, after a successful appeal, Merrien will join Hallissey as a Team GB athlete in a few months’ time.

This can only be good news for marathon running in Britain as there will be three athletes in both the Men’s and Women’s races. Merrien will join Scott Overall, and David Webb; the latter, who was selected for finishing within the top 20 in the World Championships last year, which guarantees selection. Controversially, Webb’s personal best, 2:15.42, was nearly two minutes slower than the time achieved by Merrien in London. This led to calls of the unfair nature of selection policy by UK Athletics.

Nevertheless, a uniting of athletics fans, and from those who watched Merrien achieve a personal best on Sunday morning, was represented on a Facebook group named ‘Select Lee Merrien’, which added up to nearly 3000 ‘likes’ in a couple of days. The comedian John Bishop was also a supporter of Merrien’s achievement. Although the Facebook campaign probably had little effect on Charles Van Commenee, a vehement protestor against social networking sites after his rift with Phillips Idowu last year; it will certainly have helped Lee Merrien deal with the disappointment throughout the week. Either way, the man from Guernsey, who has run at the last two major championships for Great Britain, in both Barcelona and Daegu, can now build up his training for the biggest race of all.

The marathon event is highly contested in both races by African runners, and clearly, the very strong Kenyan team, headed by the London Marathon 2012 champions, Wilson Kipsang and Mary Keitany, will be the favourites. The likes of Hallissey and Merrien may not medal in London, but who would take away that excitement; that opportunity, that ecstasy, to compete in a home Olympics in the sport that you love. If they both achieve personal bests in London, then they can say they could have done no more.

Millions will be tuning in to see how they fare during August in what should be two phenomenal Marathon races. A positive attitude is necessary now; there is no need for pessimism. The smile from Hallissey was symbolic of the plethora of emotions in achieving Olympic qualification, which the amateur athlete can only dream of.

This is only the beginning. Let’s hope that smile is represented by many British Athletics members in a few months’ time. The progress of marathon running is strong, and its popularity is increasing again, just in time for the ‘Greatest Show on Earth’. 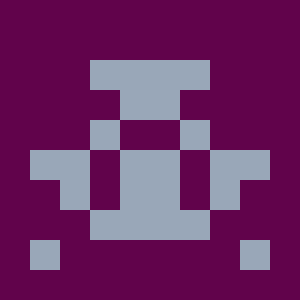