So twenty-four hours after the world indoor championships and the biggest talking point from my point of view wasnít produced on the track but rather before a single (unusually quiet) gunshot was heard.

No a Daily Mail journalist decided to ask Tiffany Porter, the captain of the British team, to recite the first two lines of the national anthemÖ for purely public interest purposes you have to understand. With great dignity and restraint Porter replied that, although she knew the lines, there was no reason for her to recite them so declinedÖ and a back page splash was born leading UKA to ban the paper from all its future press conferences and events.

It is interesting to note that the other British athlete in the room during the press conference, Mo Farah, was not born in Britain but Somalia. Why I wonder was he not asked to recite the first few lines of God Save the Queen? Why was he not treated to the same pointless and backward irrelevance by a title with about as much claim to being a moral arbiter as Kony has to being dad of the year.

Yes I know, this is what the Daily Mail does and slating the paper is to attack a target so easy that Emile Heskey couldnít miss (another easy target) but damn it all enough is enough.

Whilst researching this article I went through some of the Daily Mailís greatest hits on Plastic Brits. Itís a topic they are, evidently, very proud of judging by how often the term is accompanied by the phrase ëDaily Mail exclusiveí presumably insinuating that UKA have in fact been covering up the fact that some of our athletes werenít born in the UK; like itís shameful.

In one such article concerning ëplastic brití Yamile Aldama and her win in the triple jump this past weekend I read one, sadly anonymous, quote (sadly because Iíd take great pleasure in convincing this person that the world is not entirely as they see it) which went as follows, ëThereís a feeling itís been open season for parachuting in people to boost our medal chances.í Apparently this came from an athlete though they are of course unquoted. But since the question has been asked letís look at the situation in more detail. It is well known within UK Athletics that Charles Van Commenee issued an edict stating that UKA would not recruit athletes for medal winning purposes as has been done by nations such as Qatar; instead opening to door only for those with legitimate ties to Britain.

People such as Tiffany Porter who has had duel nationality since birth owing to a British mother, or Michael Bingham whose father is British, or Shana Cox whose parents both hail from these shores. Then there are those who qualify to represent the British team simply because they have always been British citizens. Step forward Shara Proctor who, from Anguilla, qualifies as British because the Caribbean Island she was born on is a British territory like the Falklands or The Isle of Man. Her situation is exactly the same as Mark Cavendish ñ currently doing rather well in cycling. And then there are still others like Aldama who married a British citizen and has been living in East London for over a decade. All of these athletes have the same legitimate claims to being British that any member of the British public have. So why all the fuss?

Well itís not like the Daily Mail doesnít have an agenda against multiculturalism now is it? Could it be that obvious evidence to the contrary of their stereotypical view cannot possibly be correct if it challenges the titleís own narrow minded view? They canít really be Brits now can they?

So itís worth asking the Daily Mail why do these athletes have to do to prove their Britishness to a larger degree than the rest of us? By asking Porter to recite the national anthem is the Daily Mail implying that we need a new ësportsman-onlyí citizenship test? What would such a thing look like?

Do they have go to a party dressed in a Nazi uniform?

Do they need to develop a convincing Yorkshire accent? Although that didnít help Anne Hathaway.

Do they need to give the queen a vajazzling?

What in the names of Jan Moir and Richard Littlejohn to they need to do? Simply making a snide accusation as to someoneís true nationality is prejudicial in the strongest possible terms if not backed up with a suitable framework for defining what the Daily Mail call ëBritishnessí. Even the BNP fall back on the backwards logic of the ëindigenous peoplesí argument and theyíre crazy.

So letís take a closer look at the accusers shall we? Amazingly The Daily Mail has form on this. Way back before many of us were born let alone wearing spikes they were pushing for the inclusion of a certain South African athlete who just so happened to have a British grandfather; her name? Zola Budd.

So to bring this all to a neat conclusion let me apologise, on behalf of the sane majority, to every British athlete, born here or otherwise, for the behaviour of the Daily Mail. They are hypocrites, they are mindless wannabe moral arbiters, they are the first to point the finger and the last to apologise; as evidenced by the ongoing Leveson inquiry.

And it could be worse than being labelled plastic. They arenít yet saying Plastic gives you cancerÖ unlike being black, bras, or Facebook but…. oh wait a second! 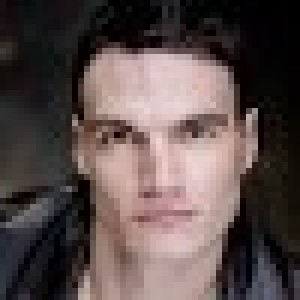