Love or Lactic? 400m runner Theo Campbell on a re-kindled passion for track and field

When I walked onto the indoor track at Bath University, I found Theo Campbell to be absolutely ecstatic. Our meeting back in the spring coincided with Leon Reid winning a medal in the 200m final at the 2018 Commonwealth Games. The sight was quite comical. Theo – a 6ft6 man – was clutching his tiny phone to his face, and repeatedly scrolling backwards through the footage so he could watch one of his closest friend’s childhood dream come true, over and over.

The child-like joy in Theo Campbell stood in stark contrast to the drama queen that the reality TV show “Love Island” cast him as, and Theo’s passion for athletic achievement came through even more clearly as I began to chat to him.

His path to his passion was somewhat convoluted, involving various events before getting to be the 400m runner he is at present. “I did athletics for the first time at school at sports day, doing the triple jump along with the 100m and 200 m. I broke the school records in all of those events, and it starts from there really.

“There was a lot of talk from school, and my parents and my nan and that afterwards. You know, like – ‘Oh you should try get further in to athletics!’ – because at the time, I was doing football. But then the club I played for went under and I never got back into it. Bath isn’t really a football city.”

Bath might not have been the place for football, but this city was certainly well-equipped for athletics. The city’s university was fully kitted out with a 120m indoor sprint stretch, indoor long-jump pits and of course a full outdoor track. So with these nudges from school and family, he agreed to compete for Team Bath.

“With his height, Theo was particularly well-suited to the jumps, and he hopped, stepped and jumped an impressive 14m with next to no training in his first year, remaining unbeaten in the triple jump in every competition that year.

“It was weird because I was competing but I wasn’t training. I didn’t really understand the format of training. I actually didn’t really have a clue what I was doing to be honest. I was just going around jumping randomly.”

Clearly, Theo was a young man with immense talent. Unfortunately a promising start was followed by a string of injuries. Knee-injuries, shin splints, all of the classic trademarks of a jumper. So he moved to sprints. Yet his injury-prone body followed suit and his progression continued to be hampered by niggles, pulls and tears. Theo recounts one particularly agonising moment of being in third place in his heat of the British Championships in 2012, before an injury resulted in a DNF.

“I was level with Christian Malcolm after 120m, and I was thinking ‘Oh I’m actually moving’, and Danny – Danny Talbot – was about a metre ahead so I started pressing and started to run-down Danny and then SNAP – my hamstring went! Oh my word that was the worst pain. I was out for a few months after that.’

At this point, Theo’s coach – James Hillier – decided to take a drastically different approach. Trading a decrease in intensity for an increase in volume, Theo began to start a 400m programme.

From here, Theo began a painful and rather reluctant, transition to the 400. Despite feeling resentful towards the gruelling lactic-filled workouts, when this hard work actually started to translate in to promising performances, Theo started to take a shine to his new event. His first season in the 400m was littered with sweet moments, including striding to a 30m win in the Belfast International in an impressive time of 46.2 seconds, winning his race at the annual Swiss EAP AtletiCAGenève in a time of 46.3, making the final of the British Championships and even clocking a relay leg of 45.9 at the Loughborough International.

“I sucked at 400. Those longer runs absolutely killed me. I was thinking what am I doing 400 for? I’m rubbish. But when I did my first outdoor 400 metres after that training block in Belfast, I ran 46.2 seconds. Then I started to pursue it from there really. I got it down to 46.0 seconds. I came 6th at trials, despite not being able to handle rounds that well yet. It looked like 45 seconds was on the cards.”

Following such an impressive debut year over the quarter-mile, it was unsurprising Theo was invited to represent England at Usain Bolt’s Nitro Athletics games. “Nitro Athletics – that was a hell of an experience. I was in absolutely banging shape! I ran a 31.5 second split 300m in training just before and things were looking really good. It was looking like those misty 4 or 5 years of injuries were over.”

Following such a promising first year over the 400m and solid relay legs at the Nitro Athletics Games, Theo got a GB call-up for the 2017 IAAF World Relays. Yet, in the very holding camp for the relays, an appointment with the osteopath somehow sparked a back problem. Despite this injury, Thee ran at the relays anyways, running a 46 second relay leg as a result, which Theo now calls a “stinker of a leg”. Unfortunately, this back injury haunted him through the remainder of his summer season. Now physically and mentally exhausted from continually battling with his injury-prone body, Theo considered throwing in the towel.

Then, when the producers of reality TV show “Love Island” approached him, he was quick to accept. However, the show actually re-kindled his love for his sport. “When I made that choice, I had no intentions of coming back to athletics. It was only after you know, living the high life for a certain amount of time I realised that I had put 5 or 6 years of work in to this…what was the point of giving up?”

Post-reality TV, Theo has returned to athletics again with a new perspective. His appearance on the show has allowed him to stop his day job as a Personal Trainer, and instead pick up a variety of flexible work in relation to his new celebrity status. Theo’s world is now more than just eat, sleep, train, repeat. Instead, it’s more like eat, party (AKA don’t sleep), train, photo-shoot, repeat.

Despite this new-found fame lifestyle being “a killer” in terms of travel and tiredness, Theo says having a more flexible working life and an expanded social circle has opened his eyes to the world outside of athletics, and provided him with the vital break that he needed to re-ignite his passion for the sport.

“Trying to balance this new lifestyle with athletics, it’s difficult. Before I worked a 25 or 30 hour week, and now I don’t have to be in a specific place at a specific time. I have more freedom, but the lifestyle is a killer. You get all these invitations, go to all these events and they are night time events mainly, so I’m knackered.

“Going to London all the time means fitting training in and switching sessions around all the time. But i’ve come this far. I’ve gone ninety per cent of the way. The last ten per cent is the hardest for everyone, so it’s worth trying to juggle this lifestyle and continuing to run, because I believe i’ve got more left in me.”

So where does this leave Theo? Getting back in the game it would seem. However, his sights are set firmly on his future prospects, and see beyond his present form after his break from the track.

“I probably won’t get a PB this year. I’m training ok, but i’m not the athlete I need to be. But i’m already looking ahead to the 2019 World Champs, and to Tokyo 2020. I believe if I continue to train, I could do really well. Especially with the training partners i’ve got – Cameron Chalmers, Ben Claridge – they’re actually killing it at the moment. If I can just get back to that place where you’re in good form and you have that spring in your step – you know? For me, that’s got to be 2019. I think that’ll be my time”.

With a healthy dose of distance from athletics, Theo has now carefully considered the feasibility of this second stab at his athletic career. Now determined to persevere, Theo looks to other athletes who are also in the latter stages of their athletic career, and those who are similarly injury-prone.

“People like Dwayne Cowan and Matt Hudson-Smith – they are my inspiration right there…I considered for a long time whether I had anything left in me. But Dwayne was, what? 28 when he moved from football to athletics? and is 33 right now. Matt has had so many injuries too, but he’s run low 44 over the 400 metres, and made the Olympic final. It goes to show that you never know when your year might come along. You can’t give up too fast.”

Let’s hope that next year will indeed be a good one for Theo and that this period of rest and recovery can bring him the determination and strength that he needs to appear fighting-fit and fast on our screens once more. 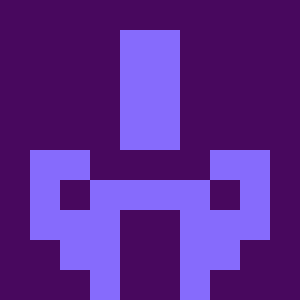