Know your energy, run for longer

When running, you want to know where your energy is coming from and how it’s used. Eating the right kinds of food can maximise the amount of energy you have before an event depending on what it is. Sugary items (chocolate bar, sweets) can give a lot of energy but only for a short while because of the way they’re made. This makes them easy to breakdown and release all the energy at once (too much gives you a ‘sugar rush’).

In any kind of exercise there are three energy systems used at the same time. However, what matters is which one is used more and when. You have the: ATP-PC system, Glycolysis system and the Aerobic system which are known as the immediate, short term and long term energy systems respectively.

The ATP-PC system is an immediate energy source for any kind of explosive power, such as sprinting out of blocks, or jumping as high or far as you can. This is energy stored in the blood cells as glucose for easy and quick access to the points of exertion. Once used up, the energy system takes around 2 minutes of rest to recover, however, it’s not endless because Glucose gets used up. All three energy systems are working as well, meaning that lactate is being formed and eventually starts turning into Lactic acid.

The body has a limited amount of energy storage that differs from the immediate glucose energy that is absorbed from the blood. Glycogen is stored as a backup energy in the muscles and liver when too many carbohydrates, fats and proteins have been consumed. Once the glucose in the blood is used up, the body takes energy from the glycogen storage to fuel the glycolytic (short term) system. The muscles can store a lot more energy than blood cells can, so glycolysis lasts much longer.

At this stage the energy system is using anaerobic energy which means there isn’t enough oxygen to fuse with the hydrogen ions are created when running. Too many hydrogen ions make the muscles acidic which causes the cells to not function properly and that in turn makes it harder to run, also known as the burning sensation.

This causes the drop in power and speed that is able to be performed by the body. Eventually around the two minute mark (varies per person) the aerobic system becomes the predominant energy source. The removal of lactate is smoother and frees up the muscle cells to work more efficiently.

The body then relies on fats and, in extreme situations, proteins to provide the energy. However, fats and proteins are more complex than carbohydrates and so it takes more time to obtain the energy from breaking these molecules down. Due to this, fats and proteins can’t be utilised for the first two energy systems because they aren’t fast enough.

This is a shame because per gram; carbohydrates release 4 kcal, proteins release 4 kcal and fats release 9 kcal. This is why fats are used more in long distance.

Carbohydrate drinks and foods are given to athletes during phases of marathons to replenish some carbohydrates. These are useful because when the heart rate is below 65 percent fats are used, which means the carbohydrates are stored for when the athlete decides to run faster.

Carbohydrates are the predominant source of energy for explosive and short distance running. Fats are used for long distances with the help of carbohydrates and a small amount of proteins.

That isn’t to say the more carbohydrates you have, the more energy you’ll have, because there is a limit (which is different for everyone) of how much glycogen can be stored. 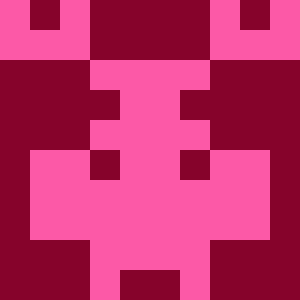