Jade Lally has been one of Britain’s most consistent athletes over the last decade.

She was the country’s number 1 ranked discus thrower from 2011-2018 and in that time won a hat full of domestic titles as well as competing in the World and European Championships, Commonwealth Games and on the Diamond League circuit. A throw of 65.10m in February 2016 took Jade to second on the UK all-time list.

For the last few years, Jade has opened up her season much earlier than most British long throwers, throwing in February, March and April over in Australia and New Zealand. You would have been forgiven for expecting 2019 to be no exception – but then on 3rd April, the BBC published an interview with Jade announcing that she was pregnant.

Jade’s pregnancy announcement wasn’t ‘typical’. She openly admitted to being ‘devastated’ when she first found out she was going to be a mother and received criticism on social media for being initially very unhappy. “I really didn’t like being pregnant. I had already accepted in my head that I wouldn’t be able to have kids, and was fine with that. So when I found myself pregnant and imagining a life with a baby, it was very difficult for me”, she admits even now.

But Jade took the criticism on the chin, knuckled down and kept training safely throughout her pregnancy.

“I did as much as I could and tried to stick to my normal routine. I stopped throwing at around 4 month’s pregnant because of the twisting motion involved in the discus. I carried on doing plyometric jumping, but with reduced volume and less height. I managed to keep up my Olympic lifting programme.

The only reason I stopped is because my waters broke at 25 weeks and I had to lay in bed for 4 days after that as they thought I was going to go into labour. After that, I was told I wasn’t allowed to train any more, stand for long periods of time or do too much walking. I became a very, very limited!”

Despite an initial trepidation about being a mother, and a very difficult labour, Jade is taking motherhood in her stride after baby Nyla was born in July – almost a year to the date of the start of the Tokyo 2020 Olympics. After admitting that she felt detached during her pregnancy due to a fear that something might happen to her unborn child, Jade says she now races home from training and work to spend as much time with Nyla as possible. “She doesn’t give away smiles easily so it is now my daily mission to try and make her laugh!”, Jade says – a slightly different challenge to those she is accustomed to!

Jade had admitted in her BBC pregnancy announcement that expecting her first child had left her worried about losing her identity – she is, after all, known as a ‘discus thrower’. So it was perhaps inevitable that Lally would return to training as quickly as her body allowed her after giving birth to Nyla, made possible by her Australian boyfriend being a stay-at-home dad. “He took the brunt of the parenting”, Jade admits.

Indeed Jade returned to training in September when Nyla was 8 weeks old. Not only did she return to training as a brand new mother, she actually relocated to Loughborough and now trains with 2019 British Champion Kirsty Law. “I went back to the gym as quickly as I could but only when it felt safe to do so”, she explains. In her own words Jade’s return to training – despite the upheaval – started off “very easy and slow”, and she has built up a support network to ensure that she is conducting her training safely. A specialist women’s physio – Gemma – was recommended to Jade by Denise Lewis; Jade describes her work as “phenomenal”. Then there is Gordon, Jade’s physiotherapist whom she has worked with for many years. “Gordon previously got me back to throwing again after I had a bad back injury. I know him well, I trust him and he’s getting my body to feel like the old me again”, she praises. Finally, Mike Allen is a new member of the team who is providing Jade with soft tissue therapy.

And then, of course, the final piece of the puzzle is Jade and Kirsty’s coach Zane Duquemin – who moved to Doha to start a new job the same week that Jade returned to training.

“It is actually working better than I expected it to”, she says of her new athlete-coach relationship. “We mostly do live video calling. Kirsty and I throw together and Zane coaches us in his lunch break. We send him lifting videos if we need to, and the rest of the interaction is through voice notes”. All this whilst filming voice notes and videos of herself to send to her partner to show Nyla during the day – Jade jokes that she doesn’t want Nyla to forget what she looks like when she is out of the house for 12 hours a day.

Jade has in fact just returned from a 12 day training camp in Doha (with Nyla in tow!) – the first time Duquemin had seen her throw since August 2018.

Despite her body coming back from giving birth and her coach being thousands of miles away, Jade is happy with her progression.

“People do ask if I’m on track to achieve my goals of reaching next year’s Olympics. I think it’s hard to say this early in winter training. But I do know I am getting stronger in the gym and my throwing technique is getting closer to how it used to be. So I am happy with where I am at, at the moment!”

Whilst Jade and her team are pleased with her progress and quietly confident of her ability to be on the plane to Tokyo, it would appear sadly that British Athletics are not quite so optimistic.

In September, Jade received an email from the governing body saying that they had received an invite for her to compete in the IAAF World Championships in Doha – which started just days later. Whilst probably not a shock that this invitation wasn’t accepted, all things considered, the email went on to explain that the ‘What it Takes to Win statistical information suggests that at this stage it is very unlikely that you would medal in Doha or Tokyo’.

“The ‘What it Takes to Win’ model is a British Athletics model. I don’t agree with it, but I accept it because that’s all I can do. Unfortunately, it is the job of the people at the top to predict the future and they get it wrong often, in my opinion”, she says of a model which has already been used to decide results 12 months in advance.

However, Jade is determined not to let this get to her. “In my wise age, experience has taught me to always give the governing body no choice if you want something” – in other words, Jade will be doing everything she can to leave British Athletics with no choice but to give her a seat on the plane.

It is very apparent from her take on life that Jade is a “doer” – she leaves nothing to chance and takes matters into her own hands.

She takes the same stance when it comes to improving the recognition and exposure that throwing events get in the U.K.

“​I do think throws are hugely under-represented. But I also think that a lot of people are unhappy about it but not actually doing anything to solve it. I know that if I want to be shown on TV, I have to throw big and win medals. That part is more in my control than what the TV people think is worthy of screen time. Until then, I have to start small. Start local. Inspire people in person through schools and clubs”.

There may however be another way that Jade can use her experiences to influence the younger generation. During her pregnancy, Jade used her rare free weekends to become a fully qualified athletics coach. “​I saw how others coached and I took notice of what I did and didn’t like from others’ styles. I am always looking to improve, both as a coach and athlete. If I don’t understand something, I’m always keen to ask. Equally I quite like being challenged, I like to try and justify what I’m doing. If I can’t justify it, then it probably means it shouldn’t be done!”

As an established athlete, a coach, and now a mother, there are plenty of opportunities for Jade to pass on her skills to the younger generation. Will Nyla be sporty? “100%!”, Jade says. “With two sporty parents and an ‘outdoorsy’ country in her blood, everything will be leaning that way”.

​And does Jade think she would ever be able to coach her daughter if she decides to take up athletics in the future? “That depends on how her little personality develops! I can be harsh sometimes – I think if I was a harsh coach that could make things awkward at home! It would be up to her and what she is most comfortable with. Whatever happens, I will always be Nyla’s cheerleader”. 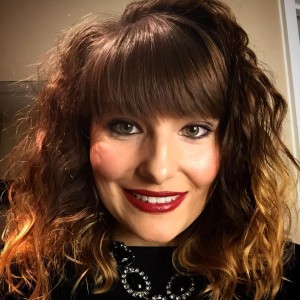