Luke Lennon-Ford, U23 European Silver medallist over 400m and current Middlesex University scholar speaks to Vinco Sport about the transition from Birmingham to London, his new coach, former Olympic champion Linford Christie and his plans for a massive 2012 Olympic season.

With an impressive 2011 season, especially at the U23 European Championships, how do you feel 2012 panning out for you?

Right now training is going really well. My indoor season has been up and down but the plan is to sort that out this weekend at the World trials. I am really looking forward to the summer, we have a great squad and I we all have high hopes for the coming season.

You ‘ve recently moved down to London to train with Linford Christie, how are you finding the transition from Midlands to the capital?

I don ‘t really like being in London. I miss my family and friends, but I suppose it will be worth it in the end! At least I hope so, life down here is so much faster and is a lot different but it just makes Birmingham better, because every time I go back it ‘s like a mini holiday.

In regards to your training with Linford how do you feel it ‘s improving your all round performance?

The times speak for themselves training with the legend that is Mr Christie is amazing and it the best decision I ever made. The way he inspires me is amazing and the training is the perfect balance between speed and endurance! He has turned me into a new athlete from speed to power everything has been improved or changed for the better.

I ‘d read in a separate interview with your partners Asda that Linford was in fact your idol, do you feel as though you ‘re his guidance will give you an edge on your competition on the track?

Linford being my coach definitely provides me with an advantage when you step into the warm up area with the former Olympic champion, you can see the fear in your opponent ‘s eyes and that makes me even more confident.

You ‘re currently training with the likes of Nigel Levine, who also had a fantastic 2011 season, what is the relationship like between the pair of you? Are the big names that Christie also coaches pushing you further?

We have a very good squad with me, Conrad, Nigel and Richard we all push each other! Every session could easily turn into a race, so we just have to be sensible but when it ‘s time to hit the fast stuff, I don ‘t think there ‘s a group in the country with as many 400m runners at this high level and so close so it ‘s real good.

Do you have your own roles within the camp? Such as the ‘joker ‘ of the group and so forth?

Of course I call the shots ha-ha. But no I ‘m really laid back I take it all in my stride. When the banter starts I ‘m there and as for joker, Linford is the biggest joker so if you ‘re not ready to take and give the banter you wouldn ‘t last a minute in our squad.

What would be a typical training week for you?

That would be telling ha-ha! We train 6 days a week with Saturday as our rest day 3 weights session the rest will be running.

A good diet and nutritional knowledge is key in athletics, what are your top tips for a balanced diet for the 400m?

I wouldn ‘t be the best person to take tips from as my diet needs some work, but avoiding the fast food places is a good start.

You ‘ve come up through the BUCS ranks having had a scholarship to Wolverhampton University and now Middlesex, what are your fondest memories from BUCs?

My best memory has to be winning the indoor 200m as a 400m runner. It ‘s always good to get one over the short sprinters and since I was down coming off the bend it was a great way to take the title in the last 10 meters.

Did you find the student/athlete conflict difficult to handle?

Yes, as my university was in north London and training in west 30 miles apart and classes being at the same time as training it was almost impossible, but being on the Scholarship program they allowed me to miss some classes. That worked ok for 2011 but I had to give 2012 my all so I ‘ve taken a year out just to get the track right.

What is your advice for any young athletes starting out at University and college?

Make sure your set up is perfect, so neither your studies nor training has to suffer. Get a coach that is flexible and a uni that has a decent reputation for sports and I ‘m sure the rest will take care of itself don ‘t give up on anything because you will regret it.

You must be asked this a lot, as 2012 has been tipped as the ‘golden year ‘ for British Sport, but what are your aims for this Olympic year?

Well seeing 44.94 medal at last year World Champs and 45.30 making the final! The final has to be the minimum aim being Olympic year, but I believe I ‘m in the best place I can possibly be right now and if I improve by as much as I did last year then 2012 IS GOING TO BE A GOOD YEAR!!!!!!!!!!

To see how Luke is preparing and gets on throughout the 2012 season, follow him on Twitter; @Lukey400m. 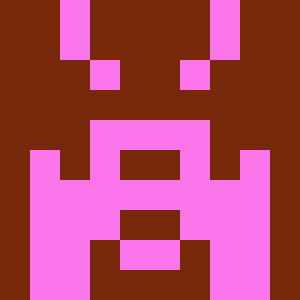