IAAF changes the false start rule ahead of the Games

At the 2011 World Championships in Daegu, most people were deflated when world record holder, Usain Bolt was disqualified for a false start. This was the first time that many called for a change back from the rules, and that one false start was too harsh. Despite, this, the IAAF stuck by their guns and insisted that the rule wasn’t going to change.

However, in the aftermath of Bolt’s DQ, footage showed that Yohan Blake actually twitched before Bolt, perhaps setting the world record holder off. This caused the athletes, fans and officials within the athletics world to call for more clarity regarding starting rules – to give the athletes a ‘second chance’ and to take the pressure of the starter.

The false start rule remains the same, but now there is a ‘safety’ feature. If an athlete twitches, but their hands and feet do not leave the floor, a warning can be issued but not instant disqualification. Under the new rule, Bolt’s false start (as he left his blocks) would still stand, although if Blake’s twitch was noticed, a yellow card would be issued.

The rule can more accurately be applied to Jon Drummond’s (and Asafa Powell’s) infamous disqualification at World Championships in 2003. While the starts appeared clear, the reaction times showed that there was premature pressure on the blocks, despite replays showing no real movement. This was due to twitching, and under the new IAAF rules, a warning would only be placed upon the field.

Tyson Gay is happy with the new ruling, in that it doesn’t disadvantage an innocent athlete. Gay said: ‘if a person flinches and they don’t call it a false start, it can allow another person to flinch and they call it on that person.’ – If the starting team didn’t see the first twitch. While Drummond would like to see the old rule reinstated, he is happy with the new development.

Technology in sport has increased, and while football still remains undecided on goal line technology David Katz (IAAF Technical Committee) says starters will have use of video equipment to detect any twitches, thus aiming for the start rule to be more beneficial to all.

Personally, I think the rule is fair. it allows a safeguard against any accidental or nervous twitches one may have. However, in the aftermath of the Blake twitch, Bolt DQ – how long would it have taken for sprinters to start gambling with twitching to try and set a rival off? This means gamesmanship is reduced, as could happen with the old rule where one false start would charge the whole field, meaning slow starters could charge the field intentionally. Perhaps this is a sceptical view, but either way, the new ruling allows a fairer platform for athletes to perform on. 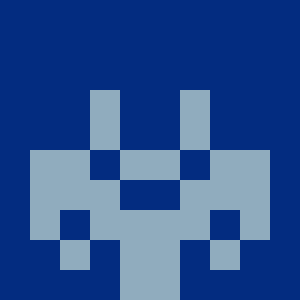