How ethical is a diet dependent on supplements?

Athletes train vigorously and meticulously to achieve sporting goals, whether that means winning a medal, or breaking personal records. They are in a constant battle to optimise their bodies to increase performance by every minuscule one per cent. That could mean a massive difference between an excruciating fourth place finish and being first on the track. Some athletes feel that opponents are trying to do this unethically, if not illegally. There has probably never been more emphasis on the diet of competitors and the importance of fuelling the body with the correct nutrition as there is now, but the boundary of how far one can optimise their body before it is deemed illegal is a very fuzzy barrier.

Sir Mo Farah praised his former coach, Alberto Salazar, multiple times for his ability to unlock that little bit extra he needed to become one of the all-time greats in endurance running. However, as well documented, there has been controversy over some of Salazar’s methods, with one accusation being that he gave six of his athletes an infusion, based around the supplement L-carnitine, a non-essential amino acid. Studies have shown that L-carnitine, combined with carbohydrates, has ergogenic effects. This means it can give competitors a mental or physical edge. In this case it can increase work output by 11 per cent.

L-carnitine is not a banned substance for athletes, its primarily a supplement for heart and muscle disorder. But infusions of more than 50ml in the space of six hours are prohibited. The World Anti-Doping Agency has similar regulations with the use of caffeine. It has been shown that caffeine supplementation in the range of 3-6 mg/kg can significantly enhance performance in endurance and high-intensity events. Consequently, the International Olympic Committee mandates an allowable limit of 12 μg of caffeine per ml of urine. But why is there only a limit on the amount allowed in the body, rather than an outright ban?

Even though these substances can enhance performance, they are classed as foods because their ingredients are naturally present in what we eat. Amino acids like L-carnitine and beta alanine are in foods, although they make up a relatively small amount compared to carbohydrates or protein. Supplement products made of these amino acids are very different from prescription drug products like testosterone and human growth hormones (HGH). The supplement products help spur the body to produce more hormones naturally, while the prescription drugs are synthetic versions of the hormones themselves. While it is hard to argue that supplements should be illegal in sport, the ethicality of an athlete basing their diet on them to improve their performance is up for debate.

Sporting competition is centred around the idea that the best athlete, who has the best genetic pool, trains the hardest and dedicates their lifestyle, is rewarded for hard work through moments of everlasting glory when they win. Drugs are banned to prevent people from being cheated out of their rightful moment by those who cut corners.

Supplements like L-carnitine and caffeine may have natural roots, but how natural is basing your diet around a variety of pills and powders? If an athlete knows they are only doing this because it will improve their performance, how different is their moral compass compared to somebody who takes banned substances?

It would be unfeasible to ban every natural thing that might offer an advantage. Caffeine has the potential to improve performance by three per cent, a margin that could also be expected from consuming carbohydrates before a race. These methods may be seen as tools to build success, while the overall effectiveness of an athlete’s toolbox is predominantly down to hard work and talent. Perhaps the fundamental thing is for governing bodies to continue to adapt against the growing tide of clever supplement manufacturers and take action when clear boundaries are crossed to prevent sport being flooded with cheats.

But it’s important to distinguish between those who are simply trying to supply their body with the best nutrition and those who are looking for any way to cheat without being caught. Some may argue if taking drugs was within the rules, fair play and integrity would be preserved as everybody would be on similar boosts, but Pierre de Coubertin’s ideal of the ‘Olympic Spirit’ and sportsmanship would surely be completely tarnished. That is, if the advances in nutrition that stretch the legal guidelines, haven’t already threatened to do so. 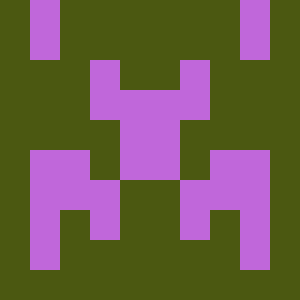