Hammer’s Nailed-on for the Olympic Stadium

On Wednesday 5th December the big piece of the legacy jigsaw appeared to have been put in place. West Ham United’s bid for the iconic Olympic Stadium was chosen by the London Legacy Development Corporation (LLDC) as the preferred bid to take over use of the stadium.  However this isn’t the end of the race for both the football club and LLDC, both still have some serious negotiating to be done and final approval of how the stadium will look, act and be used by all parties still needs to be finalised and all before the stadium re-opens.

The main question is how would having a football club at the stadium enable it to host international athletics as well as professional football?

As we saw when Manchester City took over the City of Manchester Stadium following the 2002 Commonwealth Games football clubs don’t like playing in stadiums with an athletics track around the side of the pitch. Indeed Juventus Football Club in Italy rebuilt their stadium at a cost of €120 Million and disposed of the track to create a closer atmosphere. So how would West Ham United get round this? Well one of the conditions of the football club using the stadium is, according to LLDC;

On paper this appears to be the best solution for all parties concerned however it does have a flaw and one that has been realised at another stadium which uses the same moveable seating configuration and that’s the Stade de France in Paris.

Opened for the 1998 FIFA World Cup the Stade de France was built as a stadium to host football and rugby with the occasional athletics event as well. Looking at many pictures of the stadium you wonder where the athletics track is but simply push back the bottom tiers of seats and there you find the track sat underneath. The main problem the stadium suffers from is bad sightlines for athletics, indeed prior to the voting for the 2012 Olympic games; London criticized the poor track and field sightlines at the stadium, as reported in the New York Times (Tuesday 5th July 2005 ‘Olympics: London bid advisors criticize Stade de France’) This meant that the spectators in certain parts of the stadium couldn’t see the whole 400 meters of track due to other bits of the stadium’s seating blocking their view. This issue wouldn’t be acceptable to spectators coming into the stadium and would, once again, give light to the argument that Football rules over other sports, similarly to the arguments held when Wembley Stadium was being rebuilt.

“I guarantee they (supporters) will not be disappointed when our full vision for a stadium that is world-class in terms of supporter experience, sightlines and facilities is revealed”

Other aspects need to be addressed including funding for the change over, David Bond (BBC Sports Editor) reports that moveable seating and extending the roof on the stadium would cost between £130 million and £150 million with the money coming from tax payers and local authorities.

Despite West Ham United being the preferred bidder it doesn’t mean that they will own or even operate the stadium. It will still be a publicly owned asset and as such will have a stadium Management Company to run the facility on a day-to-day basis this will enable the stadium, so say LLDC, to be used even without the need for a football club based there. Indeed if a deal cannot be agreed with West Ham United over a 99-year lease for using the stadium then LLDC will expect the stadium operator to;

“Manage the venue, coordinate community and sporting use, and to bring in various concerts and events whichever option if eventually pursued”

So, for once, it looks like Football won’t be the be all and end all for the Olympic Stadium even if West Ham doesn’t move in at the start of 2015-2016 football season the stadium will still continue to operate. If a deal can be struck then it will increase the value of the facility and of the football club, a topic in terms of the football club at least that London Mayor Boris Johnson is insistent will be taken into consideration;

“I hope detailed negotiations with West Ham can succeed, but I am determined that any deal should protect the interests of the taxpayers who have paid for the stadium and would have to pay more for adaptations to make it suitable for football”

How he plans to achieve this, either by asking West Ham United to commit more than the £15 million they are reportedly offering or ask the club itself to pay for the adaptations is not at this moment in time known but asking for public funding of £150 million on top of the £429 million it cost to build the stadium will be a hard pitch to sell.

With the Queen Elizabeth Olympic Park starting to take shape and with BT announced as taking over the broadcast centre for its new BT Vision channel, the stadium appears to be the final piece of legacy to be decided upon and with a preferred bidder chosen negotiations can now begin on bringing the national sport to the Olympic Stadium. However what is very encouraging is the fact that with or without football involved the stadium appears to have athletics firmly in its future plans and with the 2017 IAAF World Championships already booked into the stadium maybe this time the legacy as set out in the bid presentation to the International Olympic Committee in 2005 will become a reality and the UK will have an athletics stadium and facilities to challenge the likes of Paris, Berlin, China and America for future international track and field events. 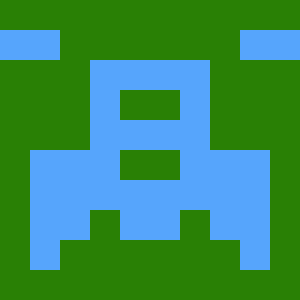