Gemili’s career could suffer after coach is made redundant

Adam Gemili, one of the most promising and talented athletes in Britain, has suffered a set-back after learning that his coach, Michael Afilaka, is to be made redundant. The move is part of UK Athletics ‘ plans to centralise their coaching structure at Loughborough University, following a disappointing summer for the sport at the Olympics.

The head of UK Athletics, Charles Van Commenee had set a target of at least eight medals at London 2012, including one gold, but the team fell two short and the Dutchman will subsequently step down next month. Michael Afilaka is one of a number of coaches who will lose their job as a result of the restructure and his departure could have a real impact on the development of Gemili.

The 19-year-old former footballer was discovered by Afilaka in 2011 and has since become the world junior 100 metres champion and the fastest British teenager in history. His performance was one of the highlights of the games for Team GB as he narrowly missed out on a place in the Olympic final by just 0.04 seconds, despite having just seven months full-time training as a sprinter under his belt.

Gemili currently trains at Lee Valley in Enfield and has hinted that he will consider privately funding his coaching in order to continue working with Afilaka, as well as carrying on his education in London. In a Tweet over the weekend Gemili stated “I ‘ll still be training with him (Afilaka). I won ‘t be moving up to Loughborough. ” It would be a bold move from the youngster, who is set to only receive around £13,800 in Lottery funding next year, owing to his age and the fact that he failed to make the Olympic final.

Tony Lester, who coached Olympic silver medallist Roger Black and currently works with Nicola Sanders and Marlon Devonish, has also been asked to step down and the future remains uncertain for Tony Minichiello, the long-time coach of Olympic Heptathlon champion Jessica Ennis. The new rules state that a coach must have more than one world-class athlete in his or her group to qualify for a full time role.

Ennis is no stranger to the threat of relocation as she was asked to move to London in the build up to the games. Ennis and Minichiello refused at the time, opting instead to remain in her home town Sheffield, which has since proved to be a successful decision.

Loughborough University is already recognised as a national High Performance Centre by UKA, with the likes of Martyn Rooney, Harry Aikines-Aryeetey, Lisa Dobriskey and Robbie Grabarz already based there, but it will now host even more of the country ‘s top talent. The University currently has full indoor and outdoor facilities and funds will be made available to increase the sports science and medicine support.

With all top athletes training and socialising in the same place it ‘s sure to increase morale and bonding amongst the team. It ‘s only natural that the increased competition that comes from training with fellow elite athletes will also help to improve each individual. UKA bosses will now be able to keep closer tabs on their athletes, paying more attention to their training regimes as well as injuries and rehabilitation.

The fact that Gemili has concerns over his education highlights one of the key problems with this move though. It will have an impact on the younger talent who may be reluctant to move their lives and families to another part of the country while still undergoing full time education.

But it ‘s not just the young athletes that will be unsettled by move. There are older more established athletes who will have a routine on the back of years of training and switching away from that may be very detrimental to their careers especially if, like in Gemili ‘s case, they could be losing their coaches as well.

UKA are faced with a fine balancing act because on one hand they, by their own admissions, underperformed at London 2012 but on the other hand they need to take advantage of the expected surge of interest that the games has created. Many new people will be looking to take up athletics and, if they are deemed good enough, could easily be put off by being forced to move to Loughborough in order to take up the sport properly. There is also the danger that by cutting back on the number of coaches UKA are restricting the generation of youngsters that the games were meant to inspire. 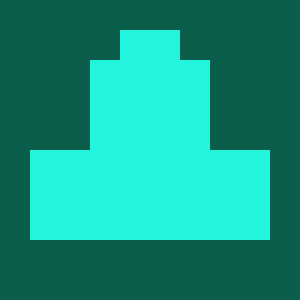