With the clocks going forward the night before, the 7am start on a cold and dark morning in Scotland felt almost like it was the middle of the night. The 2016 100k Anglo Celtic Plate race was held in the tremendous surroundings of North Inch Park, Perth.

A very strong England team arrived at the start line bubbling with confidence due to all the hard work they had put in over the past months. The starter’s gun sounded and it was Paul Navesey (Club: Crawley AC, Coach: Allison Benton) that immediately hit the front of the race and had very soon built a lead of 33 seconds on the first lap.

A chasing group of seven athletes, which included two of Paul’s team mates, Anthony Clark (Club: Bournemouth AC) and Chris Singleton (Coach: Christina Singleton) – and with Nathan Montague (Club: Swindon Harriers) only a few seconds behind them, the England Team were packing strongly.

By the fifteenth lap Paul had built a lead of 6 mins 17 secs over the other competitors and looked extremely strong. His team mate Anthony was outstandingly consistent and only had one lap that was timed outside of 11 minutes in the whole of 42 laps. Chris was just as consistent until lap 33 where he unfortunately endured cramp in his calf, but he quickly shook it off and pushed on. Nathan worked hard all the way through the race and never lost sight of his goal for the race.

By lap 33 it was going to take a mammoth effort from the Scottish and Welsh athletes to catch Paul and he went on to dominate the race by winning it from gun to tape and finishing it with a lead of 12 mins 55 seconds.  It was an outstanding result and excellent time due to the windy conditions on the day.  Paul commented, “It drew me in and roughed me up but I got what I went there for. So I am very pleased.”

In the women’s race it was Edwina Sutton (Club: Lingfield) that pushed on in the early stages of the race to build a very commanding lead, with her team mates Melissa Venables (Club: Spa Striders, Coach: Les Barnett), Swindon AC’s Gemma Carter and Katie Samuelson (Club: Cambridge & Coleridge) working hard as a group.  Gemma reached lap 16 just short of the Marathon distance, but sadly had to pull out of the race to avoid long term damage. She will hope to be back stronger and more determined to prove a point

Melissa’s constant pace saw her catch and pass Edwina late on in the race and she maintained that position to win by some 8 mins 11 seconds. Edwina still had enough in the tank to claim second place and the Welsh athlete in third, closely followed by Katie Samuelson in fourth.

After the race Melissa said, “I see myself as the tortoise; it is a wise man’s race. I had a plan and I kept to it. It proved to be the right thing to do. I had my hard phases, but in the last 10k I felt strong.  I am chuffed to bits. 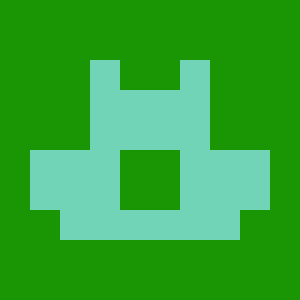