The Olympic Dream is called that, because there is a very clear difference between dreams and goals. I always think that a dream becomes a goal when you have mapped out what you have to do to make the dream come true. For all of us, athletes or not, the Olympics starts as a dream. It starts sitting in front of the TV watching these gods and goddesses on Earth make world records tumble and wear laurel wreaths while someone hangs gold around their neck. The first Olympic champion I remember was Ben Johnson in 1988. In 1992 it was Linford Christie, a man I recognised and could root for. By 1996 I was a sprinter tentatively in my own right, watching Michael Johnson destroy history. By 2000 I was telling myself I would be at the next Games, because by then I knew what it would take to get there. In 2004 I was there.

Every athlete trying to earn their TeamGB kit this year for London2012 has to know what it takes. Every training session along the way has been achieved with the thought that it would get you that step closer to achieving the Olympic Dream. It is that much of an obsession. To be a successful athlete, you have to become an athlete, first and foremost and above anything else. It has to be your purpose – the reason you wake up in the morning and go to bed at night.

The training has been done now. Yes, every session still counts, but now is the time for perfection, not for construction; if the foundations are shaky now, there’s no point in polishing the windows. Now is the time to reach into the Bank of Body and see what there is to spend, hoping that you made enough deposits in the winter. The metaphors are endless, but apt. Confidence, power and faith in yourself are all that an athlete can take to the line under that slinky, shiny lycra – the rest has already been done.

When the gun goes this summer, every race is a step to the Games, but during that race you cannot think about that. The only thing that matters during that race is being the best athlete you can be. You can’t spend the night before worrying, because you have to sleep. You can’t be nervous in the morning because you have to eat. You have to separate your mind from thought and hit autopilot – you can think it through when it’s all said and done.

To make the team, you have to have the qualifying time and then finish in the top three in the Olympic Trials. There are selection nuances, but on the whole that it is it. Each race is a step towards that destination, a chance to get faster and better, more confident and more relaxed. Each race is a step towards achieving the dream. It doesn’t matter what the dream is. For some it is making the team; for other it is a gold medal. For me it was to make the Olympic final. Whatever the dream is, if you can see the path to it, then it becomes a goal.

Every athlete chasing their Olympic Dream this summer will be living in obsession. They’ll try not to think about it at all times, but they still will. It’s always at the back of the mind. Every race they do is a part of getting there. They are close now – the Trials are soon. All we have to do as spectators is sit back, watch and cheer as people who have built their lives around the chase for an actual dream, go out there and do their best to seize it with both hands. What a summer it promises to be for us all. 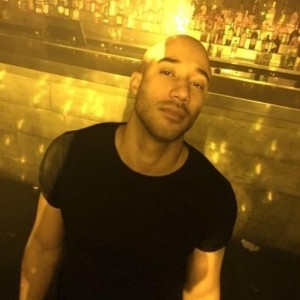