Nick Symmonds, a World Championship silver medallist and double Olympian, recently resorted to selling a nine-inch square of advertisement space on his right shoulder to fund his Olympic dreams for Rio 2016, sparking a heated debate on athlete sponsorship levels and funding mechanisms, which continue to provide inadequate support.

On Thursday 6 May, T-Mobile CEO John Legere dished out $21,800 in an eBay auction for Symmonds’ right shoulder, and in doing so won the right to have a logo, website URL, or social media handle temporarily tattooed on the athlete for the duration of the Rio Olympics. This is the second body-part Symmonds has auctioned off. Before London 2012 the American also sold a similar space on his left shoulder for $11,100, prompting the question, in four years, what has changed in the funding of track and field athletes?

Since the last Olympics, social media in particular has boomed, bringing with it an entirely new revenue stream. The emergence of “digital influencers” across health and fitness has resulted in organisations paying anything from £100 to £10,000 and beyond to be associated with these modern day ambassadors. Google trends recently named health and wellbeing among some of the biggest topics being discussed by billions worldwide, whilst athletics, a sport built on physical prowess, healthy living, and wellbeing is still struggling to appeal to the masses and generate enough income for many athletes to support themselves.

According to Symmonds: “50% of professional track and field athletes live below the poverty line,” and that doesn’t include the “kids that no one’s ever heard of”.

Athletics is structured differently to the majority of sports, with performance being the main source of income. Very few athletes reach the required status to receive a ‘living wage’ from sponsors or government funding, and those that do must still match predetermined bench marks (run sub-10 for 100 meters four times within a season, top six finish at major championships etc) to justify their level of support.

This format puts increased pressure on athletes as finances fluctuate in line with performances year on year, meaning Olympic medallists and potential challengers can switch places financially over the course of a season.

Track and field could take inspiration from sports such as tennis, which is attempting to tackle the way its prize money is structured to close the gap between leading stars and contenders.

Given how the Diamond League is currently structured with all 32 disciplines having the same prize money per meeting, the format used by tennis could be applied here with sixth, seventh and eighth place finishers receiving a greater share.

Although, these changes would still mainly benefit elite athletes. To increase finances for upcoming contenders, the EAP (Europe Athletisme Promotion) could be viewed as a lower tier circuit. The EAP currently has a varied prize system depending on venue and location, with competitors being offered between €100 to €250 for a first place finish excluding transport and accommodation. A minimum prize fund across these events could be implemented here, encouraging greater consistency and increased competition.

Athletes struggling financially is not a new story, although this doesn’t mean it shouldn’t be readdressed. With doping allegations and the smaller matter of Bolt’s retirement on the horizon, issues such as this are best tackled sooner rather than later. 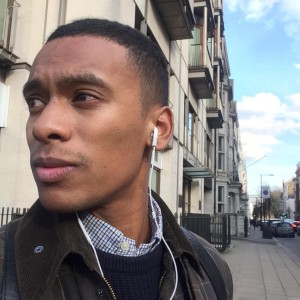