Information has recently been divulged regarding the separation of sprint hurdler David Oliver and his long-term coach, Brooks Johnson.

The contention arose following Oliver’s race at the Prefontaine Classic in Eugene last Saturday in which he finished third. Oliver, the 2013 world champion and 2008 Olympic bronze medalist ran a season’s best time of 13.14 seconds against a world-class line-up which was considered a highly respectable race by many.

However, according to his (now former) coach Johnson, this was far from the case. In a text message to Oliver, highly laced with profanity, Johnson stated that the American track superstar was catalysing his own downfall in the sport.

Johnson said: “Let me be the first to tell you that you are well on your way to succeeding in creating your own diminishment”, “Between your f****** agent and your inability to say “no” you are going to piss away an Olympic Gold and a lot of excellence, success and $$$$ in between”.

Now 33, a father and a family man, Oliver has come along way since joining Johnson in 2004.

In response to this text, Oliver emailed Johnson after careful consideration on what action to take.

“This is the text message that I received from you, two minutes after I saw you face to face and you had nothing to say. Aside from displaying a level of cowardice, it is also beyond disrespectful” Oliver replied.

Oliver also felt that he had pushed aside much of the behaviour of Johnson towards him in the past, saying “in 2011 at dinner with a table full of people, night before racing in Zagreb, unprovoked and inside your feelings about something, silencing the table with a “that’s why Richardson’s whipping your ass now” barb.

“I was on the verge of saying right back “or maybe you’re just being out coached by John Smith” but that would have been very disrespectful and unprofessional. I could go on and on”.

David Oliver is well-known for his powerful style of hurdling, clocking consistently fast times each season. With a personal best of 12.89 seconds, he is the fifth fastest hurdler in history.

He went on to say, “I have always let all that type of stuff roll like water off a ducks back, but the unmitigated gall you had to type out that message to me, especially since I was just face to face with you, was the last straw”.

Brooks Johnson, a 4x100m relay medalist at the Pan American Games in 1963, is one of the USA’s most prestigious track coaches. He runs what has been described as a “benevolent dictatorship” and boasts a range of world-class athletes.

The matter of this divide between Oliver and Johnson has otherwise remained among both parties and key associates.

Oliver sits third in the world rankings this year but will finish preparations leading up to the world championships in Beijing without the guidance of a head coach as it seems. 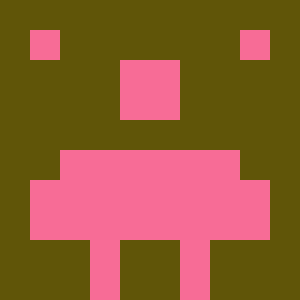