The 2012 BUCS Indoor Championships once again served up some thrilling entertainment, and produced some superb finishes at the EIS in Sheffield.

For the first time ever, over 1000 athletes took part in the two day event with 100 institutions represented.

There were three Championship Best Performances across the weekend as well as many close finishes and outstanding race tactics used in the search for the gold medal.

The Menís sprints were once again the showcase event at the championships. The 60m was won by Treymayne Gilling of Middlesex in 6.68 seconds, only 0.01 seconds outside the Championship best performance of Rion Pierre set back in 2010.

The 60m hurdles was dominated by Great Britain star Andrew Pozzi (UWE) who smashed the CBP twice during the day, lowering the previous mark of 7.76 down to 7.72 in the heats before running 7.64 in the final.

The 200m served up an intriguing contest between Andre Wright (Brunel), Confidence Lawson (Hertfordshire) and Antonio Infantino (Kings College London). It was eventually won by Infantino in 21.42 seconds, claiming his first gold medal in the event after silver in 2011.

The 400m was one of the closest finishes on the second day of the competition. Sheffield Hallamís Tim Burn showed why he has the credentials to win the Northern Championships and run in the recent AVIVA Grand Prix. Burn lead from the front but as the field came into the home stretch he was piped by Jarryd Dunn (Wolverhampton), who timed his finish to perfection recording a time of 47.95.

The middle distance races saw some superb tactics and a valiant front run in the 800m by returning champion Guy Learmonth (Loughborough) who was able to retain his title with a fine solo front running in an effort to beat his CBP from 2011. Learmonth oozed class as he went through the first 400m just outside 53 seconds, but as the drain of front running began to show he narrowly missed out on the CBP finishing in a time of 1.49.29, just under two seconds ahead of Bathís Zac Randall.

James Thie, in the 1500m finally achieved what he had wished for, 14 years after claiming his first BUCS medal. The UWIC athlete ran an intelligent race to beat Birminghamís Harry Harper over the last 200m, and claim the gold medal.

The 3000m was full of late drama as Steve Mitchell (Bath) went for it with 600m to go, only to be hunted down and caught by Phil Hurst (Sunderland) in the closing stages, with Hurst finishing three tenths of a second ahead of Mitchell at the finish.

The 4x200m final was left flat after Brunelís second athlete tripped and in turn was denied the chance to fully challenge victors Loughborough who took the title ahead of Brunel who fought back for the silver, with UWIC claiming a superb third place.

In the field, Ray Bobrownicki (Edinburgh) and David Smith (Strathclyde) battled it out in the menís high jump, both clearing 2.19m, a personal best for Smith. However it was not enough for the Strathclyde athlete as Bobrownicki retained his title.

The long jump was won by mutli-eventer Dan Gardiner (Leeds Metropolitan) with a jump of 7.28m, ahead of Ashley Bryant (Brunel) and Loughboroughís Ben Gregory.

Like in the long jump, the triple jump saw Brunel once again do well, with Michael Puplampu taking gold from team-mate Nathan Fox, Puplampu jumping 15.56m.

The Pole Vault saw four men clear the five metre mark, but Nick Cruchley (Birmingham) claimed the title with a superb jump of 5.20m, to finish ahead of Jax Thoirs (Glasgow) and Loughborughís Matthew Devereux and Ben Gregory.

The shot put was also won Leeds Metropolitan as Rimantas Martisauka took the title with a throw of 17.93m, ahead of Zane Duquemin (17.53m) of St Maryís College and Michael Wheeler (Loughborough) who threw 15.55m.

Like the men, the womenís 60m was a closely contested event which was eventually won by UWICís Zara George, claiming her first title after a bronze medal last year.

George was attempting the double, however she was beaten by Meghan Beesley (Loughborough) and Jo White (Bath) as she had to settle for third. It was Beesleyís second title in the event, after she won last year, finishing with a time of 24.12.

The womenís 60m hurdles was won by Stephanie Gaynor (Brunel) ahead of Karla Drew (Sheffield Hallam) and Caryl Granville (Swansea). Gaynor finally claimed the title after finishing fourth for the last two years.

The 400m was won by returning champion Laura Wake of Loughborough in 54.33, ahead of Diane Ramsay (Strathclyde) and Caryl Granville (Swansea), who took her second bronze of the weekend. Wake took to the front early and had the strength to hold off a strong finish from Ramsay.

The middle distance races were hugely competitive, with the 800m seeing one of the closest ever finishes, Sophie Tyresí (Bath) dip giving her victory by 0.02 seconds ahead of Cally Read (Birmingham), running a time of 2.06.85.

The 1500m, in the absence of Northern champion Laura Kirk (Huddersfield) saw Charlotte Arter (UWIC) and Emily Stewart (Edinburgh) battle it out before Arter broke away with 200m to go, coming home in 4.22.5.

Calli Thackery (Leeds Metropolitan) dominated the womens 3000m race, tactically breaking the field with Catherine Brown (Loughborough) and Hannah Alderson (West of England), before Thackery took the lead with 200m to go, finishing in a new personal best of 9.40.50.

The relay was dominated by Loughborough who finished ahead of Bath and Brunel, making it a double for Loughborough in the relays.
Out in the field, Isobel Pooley (Nottingham) dominated the high jump, jumping 1.84m in her first ever BUCS competition.

The Triple jump saw a massive jump of 13.23m from Shakira Whight (Brunel) beating the old CBP by 13cm as she won the indoor title from fellow Brunel jumper Zara Asante and Emma Pringle Newcastle.

The pole vault also saw a new CBP as Sally Peake (Cardiff) jumped 4.20m, fending off competition from Sally Scott and Abigail Haywood, both of Loughborough.

The shot put was won by Sophie Thomas of Loughborough throwing 13.55m, who clinching the crown ahead of Julia Siart (Edinburgh) and Hannah Evenden (Leeds Metroploitan). 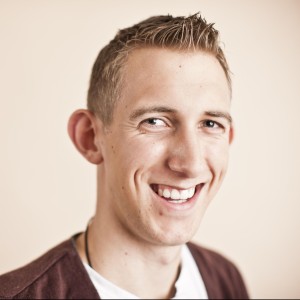