British highlights from the last week

Carl Myerscough finished fifth in the discus with 57.46m.

George Caddick broke his personal best to clock 46.10 in the 400m and Montene Speight also broke her PB to win in 52.21.

In the 100mh, the British contingent also had great success with Tiffany Porter going to world number one with 12.56 whilst Lucy Hatton also ran 12.84 in the same race. Hatton’s PB before the meet had been 13.20.

Earlier in the day Serita Solomon has finished runner-up in a separate final with 12.69 however the wind speed was over the legal limit of +2.0 m/s as the win gauge registered +2.6 m/s.

In the long jump Shara Proctor also went top of the 2015 world rankings, with a 6.77m leap. The competition was won by Christabel Nettey with 6.98m, but unfortunately for the Canadian the wind gauge was not working for the first part of the competition and therefore her performance wasn’t eligible to lead the world rankings.

Also in the sand pit, Dan Bramble converted his good indoor form by bettering his previous long jump PB of 7.91m with a fifth round jump of 8.21m (+1.8 m/s) that saw him beat reigning Olympic Triple Jump champion Christian Taylor among other notable names.

Chris O’Hare finished second in the road mile with a time of 4:07.0.

Commonwealth bronze medallist went third on the UK rankings with a winning throw of 71.96m.

Taylor Campbell threw the European junior championships qualifying standard in the hammer with a winning performance of 72.75m 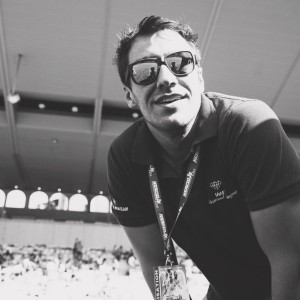 Often found with 🍕, at a track or with my 🐶. Sometimes all 3. Owns Vinco and IAAF Diamond League media manager 💎
All Posts