After opening his 2016 season with a 10.05 seconds 100m clocking in the Cayman Islands on 14th May, Bolt admitted he was “race rusty” though a dominant 9.88 seconds performance at the Racers Grand Prix in Kingston, Jamaica on 11th June, ensured that he emerged as the second fastest man this year, superseded only by Frenchman Jimmy Vicaut who has 9.86 seconds to his name this year.

Though Bolt stumbled at the beginning of the race at the Racers Grand Prix, he was still able to pick up and cruise past Jamaican compatriots Yohan Blake and Asafa Powell before having time to ease up at the end.

The Lightning Bolt could surely have gone much faster. However Bolt struggled at the Jamaican Olympic trials and eventually had to pull out of the final.

He told his Twitter followers: “After feeling discomfort in my hamstring after the first round last night and then again in the semi-final tonight… I have submitted a medical exemption to be excused from the 100m final.”

It was a difficult semi-final for Bolt and he had to claw his way back in the end to just edge past Jevaughn Minzie in 10.04 seconds.

Like Bolt, Minzie represents Racers Track Club and buoyed by a good performance in the semi-final, he claimed third position in the final ahead of Powell in fourth who will probably have to settle for a relay spot in Rio.

With no Usain Bolt in the race, Blake seized the opportunity and took gold in 9.95 seconds, closely followed by Nickel Ashmeade who occupied the silver medal position.

It is highly unlikely that Minzie or even Powell will be chosen ahead of the defending World and Olympic champion, Bolt, unless he is unable to recover.

However Bolt affirmed “I will seek treatment immediately and hope to show fitness at the London Anniversary Games on July 22.”

If Bolt can recreate the promise he showed at the Racers Grand Prix, then he is likely to take the gold medal.

Gatlin has not looked as strong on the circuit as he did in 2015 and Blake is making a comeback from serious hamstring injuries after having recorded the joint second fastest 100m of all time of 9.69 seconds in 2012.

There are surely a few more twists along the winding road to Rio as Bolt seeks to retain his Olympic 100m and 200m gold medals. 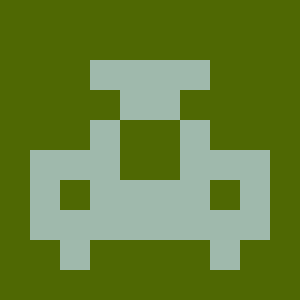