One of the major talking points that has split opinion in the run-up to the Olympics this summer has been the issue of a lifetime drugs ban from the Games, which is supported by the British Olympic Association (BOA), and opposed by the World Anti-Doping Agency (WADA) who says it is not compliant with their code.

Tom Knight, who is a former Athletics correspondent for the Telegraph, supports the BOA stance and is delighted that the UK has taken a no tolerance stance on drugs.

He said: ìI am a big supporter of the BOA ban and as the body in charge of the team that goes to the Games; the BOA rightfully decides whose selection is confirmed.

ìThe current bylaw means that certain athletes ñ i.e. those who have served a ban for a serious drug violation ñ are not fit and proper to represent Team GB.î

This has mainly come about after the IOCís ìrule 45î was thrown out by the Court of Arbitration for Sport (CAS) last year and WADA are now saying that the BOAís bylaw (life ban from Olympics), in place since 1992, is therefore no longer compliant with their code.

As a result the BOAís bylaw has been up in the CAS with a decision still due, though it is expected to be rejected.

If you also add the fact that the CAS overturned the International Olympic Committeeís (IOC) ban on the USAís Olympic 400m champion LaShawn Merritt, effectively allowing him to compete in London, then the BOAís position looks increasingly untenable.

The IOC has publicly backed the BOA but they are trying to avoid getting entangled in a personal row between BOA and WADA, which has seen BOA Chairman Lord Moynihan describe WADAís rules as ìtoothlessî.

Rick Broadbent, an Athletics correspondent for the Times, believes there is a ëfairnessí issue here and fears if you introduce a life-time ban you risk wrongly accusing innocent athletes.

He said: ìI think the best solution would be a four-year ban and I can understand the reasoning behind a life ban, in that the sport has been decimated by drugs.

ìBut I think the risk of banning innocent people is too great and the WADA banned list is extremely complicated and it is possible to be wrongly accused.î

This is a view disputed by Knight, who believes that the UK is right to come down hard on cheats and this is strongly supported by a majority of UK athletes.

He said: ìThe bylaw is supported by a vast majority of British athletes, both past and present and I believe it is good that Britain is more stringent and vigilant.

ìFairness is an irrelevance and after all, athletes who have systematically used drugs were not being fair either.î

However, Knightís views could be contradicted by British athletes like Dwain Chambers and in particular the cyclist David Millar, who are both guilty of being caught using performance enhancing drugs in the past, but have both shown remorse and they were both quick to admit their guilt.

In fact Millar has become a leading advocate against the use of performance enhancing drugs, including sitting on WADAís athletesí panel and helping British Cycling and UK Anti-Doping introduce systems to help prevent young athletes from making the same mistakes he did.

The taking of performance enhancing drugs has been a never-ending issue in athletics from the nandrolone cases of 1998 involving Dougie Walker, Mark Richardson and Linford Christie to the more recent cases like the BALCO Operation with drug baron Victor Conte and the IAAFís suspension of seven female Russian athletes in 2007/08.

The BALCO Operation, in particular, was a big breakthrough in the war against drugs as it was ëwhistle blowersí like Millar, who uncovered the fact that Conteís San Francisco-based company was supplying drugs to athletes between 1988 and 2002.

Recent statistics by UK Anti-Doping (UKA) shows that the war against drugs is improving, which is in large part thanks to ëwhistle blowersí and also the increase in out-of-competition testing.

Rick Broadbent feels these are crucial elements in the improvements: ìVictor Conte, the drug baron behind the BALCO Operation, says where it was once 80 per cent on drugs, it is now probably 65.

ìI think his estimates are way too high, but certainly out-of-competition testing is the way ahead.

ìConte says in-competition testing is actually an IQ test, meaning you would be daft to get caught in a competition.î

Piers Wright, who works for UKA, feels you need to have a balance between coming down hard on cheats and protecting the innocent.

He said: ìThe key to success will be finding the right balance between roles of protecting clean athletes and catching cheats.

ìUK Anti-Doping aspires to be a world-leader in all areas of anti-doping and we want to be the best practice model that others look towards.î

UKA also see the educating about drugs to athletes as another key area to prevention and they use role models, such as Dame Kelly Holmes, to help them with education workshops.

Wright added: ìPrevention is one of UK Anti-Dopingís key strategies to protect the right athletes to compete in doping-free sport.

ìUK Anti-Doping works as an enabler, supporting and collaborating with National Governing Bodyís and other sporting partners in the movement towards clean sport to deliver anti-doping education and information programmes.î

This begs the question whether or not a life time ban would really help stop drug taking and send out a strong message of a no tolerance policy.

Tom Knight certainly feels so and he believes ultimately in the end of the day the athletes have to take responsibility.

He said: ìAthletes are responsible for what enters their bodies and if they are found to have a performance-enhancing product in their system a ban is inevitable.

All in all, you canít help feeling that in the end of the day the row simply boils down to this. Should the Olympics be treated as a special case and each country have the right to impose its own selection criteria?
Or should all athletes be treated the same and a universal, global set of rules to combat doping be applied? 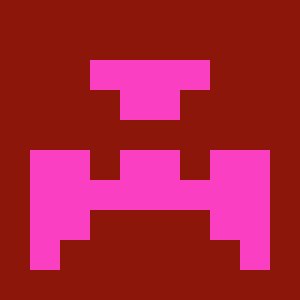