Athletes only eligible for funding if they show medal potential

A strict alteration of the UK Sport rules will see some of Britain’s top track & field athletes lose their funding.

The change will mean that only athletes who could win a medal at the Rio Olympics will be funded by UK Athletics via its World Class Performance Programme.

UK Athletics’ performance director, Neil Black, warned that this year could see a hefty increase in the number of athletes removed from funding due to UK Sport’s stringent rules, the government agency that distributes Lottery funds.

The athletes themselves will have found out their fate on Thursday, but a public announcement on Monday will reveal all to the rest of the country.

Previously, athletes could be eligible for funding if they had the potential to make it to a World Championship or Olympic final, but this criteria will be void for next year.

Only athletes that show they are capable of bringing back a medal from major competitions will be entitled to top-level funding, while younger athletes must show they have the potential to bring a medal back from Tokyo in 2020, to qualify for lower-tier ‘potential’ funding.

The change in regulations will particularly affect athletes in older age brackets heading into Rio, who face losing their funding and medical backup that comes with it.

High profile stars such as Jo Pavey, an Olympic 5,000 and 10,000 metres finalist, and Andy Turner, who won bronze in the 110m hurdles at the 2011 World Championships, could be at risk, plus several others.

Black has made his support for the changes known: “Previously, UK Sport had left the door open by saying, ‘You can say that this person could be a finalist.’ That opens the door to lots of people. Now you have to demonstrate that they are a potential medallist.

“We have to be able to justify predominantly to ourselves but particularly to UK Sport, ‘How do we believe that this person is going to win a medal?’ If we don’t have a funnel that demonstrates it or we don’t have a profile that can indicate it or any supporting evidence, then we can’t put them on the programme.

“In some ways it makes the decision easy but in other ways I know there are going to be a significantly greater number of conversations that are going to end with, ‘We cannot put this person on the programme’.”

Britain’s relay success in recent years, and especially in Moscow for the women, will put the squads in the medal potential category. However, the increased number of athletes eligible for the relay is not expected to affect the amount of funding available for individual events. 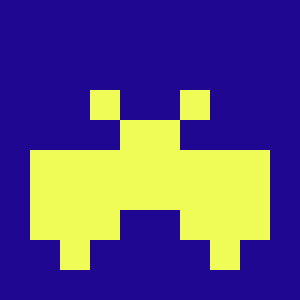