All Change at UK Athletics

When the Olympic flame was extinguished in Stratford’s cauldron of celebration, it may have felt like the end, but alas the athletics world has kept spinning beyond London 2012. Charles van Commenee’s decision to step down as UK Athletics’ head coach only served to accentuate this momentum as Team GB begin their preparations for the Rio Games. Into his stern shoes steps the Swedish born, former Paralympic chief Peter Eriksson, who was appointed by Neil Black, UK Athletics’ Performance Director, himself newly assigned to mastermind the push for more medals for GB athletes in Rio.

Despite the hysteria of ‘Super Saturday’ and the undeniable change within the culture of British athletics , van Commenee ultimately fell short of the targeted eight track and field medals in London and he did not alter his ruthless attitude to success and failure, deciding to step down as a result of this missed target. His tenure has, in the recent media at least, been characterised by an unwavering drive for success that manifested itself in a brusque management style that seemingly did not sit well with many athletes and coaches. His spat with Phillips Idowu was emblematic of this clash of mind sets although an end to the triple jumper’s gripes with the UK Athletics hierarchy seems likely given the Idowu’s ringing endorsement of Eriksson’s appointment (and not so thinly veiled swipe at his predecessor) on Twitter.

“Happy 4 Peter Erikkson, met him in Italy a few yrs ago & he was actually coaching (not just a title). We had a nice convo about his kids.”

Of course Idowu’s contentment may come twelve months too late given the arguments and injury disputes in the run up to what could have been his career crowning moment, but a fresh more open approach may be welcomed by all within the set up. Eriksson, despite his apparently more considered, fatherly and personable demeanour is no stranger to success and marshalled Great Britain’s impressive medal haul in the Paralympics, which exceeded their target by 17. But Eriksson’s success was far from the product of a love-in at the Paralympic training camps. “I don ‘t know if I ‘m ‘soft love ‘. If you hire coaches to do the job, let them do the job, right? You have to listen to their needs. But if they are not up to the standard, then it ‘s going to be tough.” Eriksson said when appointed highlighting the fact that standards needn’t drop to allow for this more friendly approach.

The man who helped appoint Eriksson harbours a moniker that would not necessarily complement the Swede’s relaxed style. Neil ‘The Wolf’ Black may sound like a man hired to continue the hard-line regime of the van Commenee era but in fact his nickname does not necessarily reflect a management style to be feared, nor an excess of body hair, but rather is a reference to a Pulp Fiction character with a reputation as a fixer of problems. Whilst Black’s problems might not be as sinister as his on-screen namesake, he does transmit a similar intensity and gravitas, “I’m harder than Charles in that I will push even further than he did. I will change things more quickly and I am less tolerant.”

‘Harder than Charles’ might not sound all that promising but Black’s rise to the summit of UK Athletics has got the seal of approval from many past and present Team GB athletes including Kelly Sotherton whose career Black ended after a frank chat with the former heptathlete. Yet Sotherton still described Black, who hails from a sports science background, as a tough, but much-liked character destined to succeed in the role.

And whilst this summer’s heady home Olympic exploits will never be matched, Black certainly has the opportunity to realise his goals not only in Rio, but also at 2017 World Championships, hosted back in Stratford, where he undoubtedly hopes his athletes set the country alight once more. With the backing of athletes and pundits alike, this leadership team seems certain to get off on the right footing, but only time will tell whether their vision for success will bear fruit, much of which ultimately depends on the quality of the athletes who are handed that GB vest. 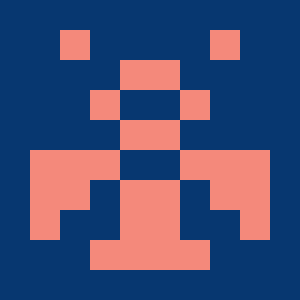